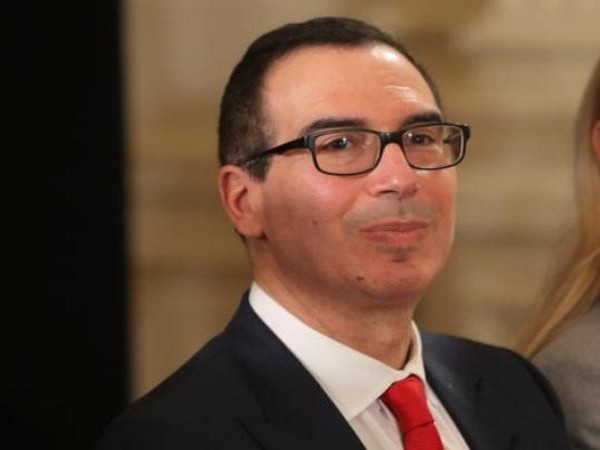 Washington [US], September 16 (ANI): The United States has imposed sanctions against a Chinese state-owned entity, Union Development Group Co., Ltd. (UDG), for seizure of local Cambodians' land for the construction of the Dara Sakor development project.

"After falsely registering as a Cambodian-owned entity in order to receive land for the Dara Sakor development project, UDG reverted to its true ownership and continued to operate without repercussions," said Steven T. Mnuchin, Department of the Treasury Secretary, on Tuesday.
"The United States is committed to using the full range of its authorities to target these practices wherever they occur," he added.
Following the order, Secretary of State Michael Pompeo tweeted, "Today, the United States imposed sanctions on PRC-owned Union Development Group, Ltd. for its role in corruption in Cambodia. We will not tolerate these actions against innocent people and will always stand with the Cambodian people."
According to a press statement issued by the Department of the Treasury's Office of Foreign Assets Control (OFAC), the land given to UDG extends into Botum Sakor National Park, a protected natural area that can only be handed over by royal decree.
"In order to receive the land, UDG registered itself as a Cambodian-owned company, headed by a Cambodian national, but nevertheless within three years of receiving the land, UDG switched back to being a Chinese-owned and operated company without repercussion," the statement read.
The Department further said that China has used UDG's projects in Cambodia "to advance ambitions to project power globally". (ANI)