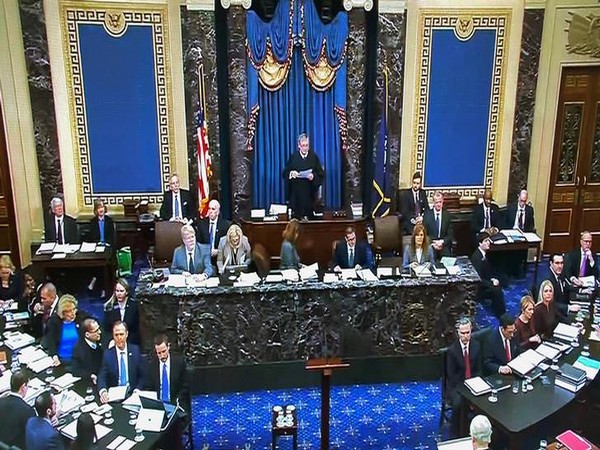 Senators voted 51-49, with Republican Senators Mitt Romney (Utah) and Susan Collins (Maine) breaking ranks to join Democrats in voting for witnesses. Fifty-one votes were needed to approve witnesses, The Hill reported.
The voting paved the way for President Donald Trump's acquittal on two articles of impeachment passed by the House.
Senate Majority Leader Mitch McConnell accused Trump and the House for taking the US "down a dangerous road".
"Speaker Pelosi and the House have taken our nation down a dangerous road. If the Senate blesses this unprecedented and dangerous House process by agreeing that an incomplete case and subjective basis are enough to impeach a president, we will almost guarantee the impeachment of every future president," McConnell said at the outset of the trial, making the case for Trump's acquittal.
The Republicans in the Senate have faced increased pressure from Democrats and the public in recent days to let John Bolton testify after a report appeared in the New York Times (NYT) about damaging claims the former NSA allegedly made about Trump in his forthcoming memoir.
According to NYT, Bolton claims in the manuscript that the President had said he wanted to withhold millions of dollars in aid to Ukraine until the country announced investigations into his political rivals.
While the White House is working to block publication of some aspects of the book, Trump has maintained the reported claims as untrue.
The US President is accused of abusing his power by pressuring Ukraine to investigate former Vice President Joe Biden and his son, Hunter Biden, who served on the board of a gas company in Ukraine, as Trump withheld USD 391 million in military aid that he later released. The President is also accused of subsequently obstructing a congressional probe into his actions.
The Republican Party holds a 53-47 majority in the chamber and conviction requires a two-thirds majority. This means if all Democrats voted to convict, then 20 Republicans will also have to vote for Trump to be convicted and removed from office. (ANI)