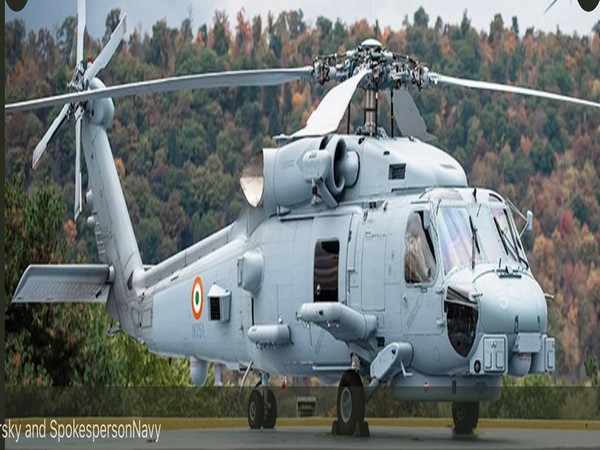 New Delhi [India], June 7 (ANI): After a wait of more than a decade, the Indian Navy is set to receive its first set of multi-role helicopters as America is set to hand over three MH-60 Romeo helicopters to the force in the United States in July.

The first batch of Indian pilots has also reached the US for training on the helicopters which would be arriving in India next year in July.
India and the US had signed over-Rs 16,000 crore deal to buy 24 MH-60 Romeo helicopters from Lockheed Martin in 2020 under fast track procedures on a government-to-government deal to hasten the process.
"The First batch of the Indian pilots has reached the US for training on the helicopters and we would be receiving three of these helicopters in the US in July," Navy sources told ANI here.
The training of the pilots would be first held in the American city of Pensacola in Florida after which they would move to San Diego in California, they said.
The 24 MH-60 Romeos would be equipped with multi-mode radars and night-vision devices as well as armed with Hellfire missiles, torpedoes and precision-guided weaponry.
The MH-60 would be replacing Sea Kings which would be on their way out of the force very soon.
The helicopters are designed to operate from frigates, destroyers, cruisers and aircraft carriers.
The choppers are designed for hunting submarines as well as knocking out ships and conducting search-and-rescue operations at sea.
India and the US are also working on finalising a deal for buying 30 Predator drones to enhance the strike capabilities of the three defence forces. (ANI)