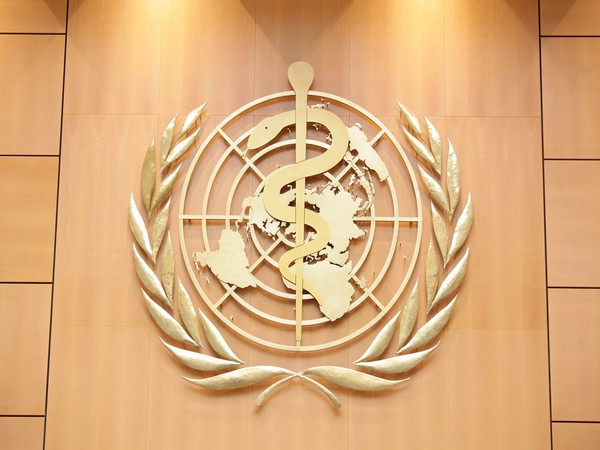 Washington DC [USA], June 30 (ANI): The Donald Trump administration's decision to terminate the United States' membership from the World Health Organisation (WHO) will harm not only the health of people around the globe, but also the American leadership as well as scientific prowess, said Dr Ashish K Jha, Director of the Harvard Global Health Institute (HGHI) on Tuesday.

Jha, in an address to the Senate Committee on Foreign Relations, said that the US' withdrawal from the WHO "will harm not only the health of people around the world, but also US leadership and scientific prowess, and ultimately...will harm the health of the people at a time when Americans are getting sick and dying at an unprecedent rate."
The HGHI today released new data on state targets for COVID-19 testing, showing the vast majority of states are failing to test enough people to know where the virus is spreading and break the chains of infection.
"WHO's response has been imperfect, but that does not mean it is in our interest -- or the world's interest -- for the US to leave WHO. Instead, we should stay involved to encourage improvement of the organisation as an active member," Jha told the committee.
"WHO's role in helping countries, particularly low -- and middle-income countries (LMICs), cannot be overstated. These nations' ministries of health are heavily dependent on WHO for technical expertise and guidance on pandemic response. The US' partnership plays an important role in ensuring that WHO has the capacity to do these things. The US provides about 15 per cent of WHO's funding. It is clear that cutting US ties with WHO significantly hampers WHO's ability to execute on its mission," he said.
"Leaving WHO also separates the US from much of the leading research and development around COVID-19. Scientists from countries around the world turn to WHO to share samples and collaborate on quickly building an evidence base. A notable example of this is WHO's SOLIDARITY Trial, the world's largest clinical trial of COVID-19 therapies," he added.
Jha noted that the COVID-19 pandemic is still accelerating and the world is seeing record-breaking daily increase in cases and deaths are also rising. The pandemic is still in its early stages in most parts of the world, with cases still on their first uphill climb in Latin America, Africa and large parts of Asia, as well as a resurgence of cases in the US.
On May 29, Trump announced, "We will be today terminating our relationship with the WHO and redirecting those funds to other worldwide and deserving urgent global public health needs."
Trump has criticised the UN health agency for failing to quickly sound the alarm when the novel coronavirus emerged and accused it of helping China cover up the threat it posed.
"Countless lives have been taken and profound economic hardship has been inflicted all around the globe," Trump said in a brief statement from the White House.
In response, Tedros Adhanom Ghebreyesus, the WHO Director-General said on June 1, "The US government and people's contribution and generosity towards global health over many decades has been immense. It has made a great difference in public health all around the world. It is WHO's wish for this collaboration to continue." (ANI)