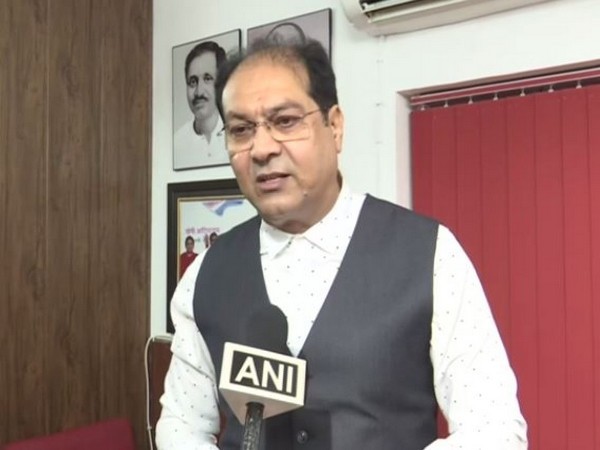 Lucknow (Uttar Pradesh) [India], Oct 12 (ANI): Comparing it with the terrorist organisations which receive funds from abroad, Minority Welfare Minister Mohsin Raza on Saturday raised serious doubts over the "source of funding" of AIMPLB and pitched for an investigation into the matter.

"All India Muslim Personal Law Board (AIMPLB) should show its source of funding and registration. Terror funding is done from abroad. From where your funds are coming?" asked Raza while talking to ANI here.
He said that an investigation will be initiated into the funding of AIMPLB
"Their members stay in big hotels, travel by flights. From where the money is coming," he said. "When terrorists are killed on foreign land, their connection is found with religious organisations based in Uttar Pradesh," added the minister.
The state's Minority Welfare Minister also said that AIMPLB is nothing short of an NGO whose members work for their own "vested interest" rather than for the larger interest of Muslim community.
"AIMPLB is nothing short of an NGO whose members are concerned only about their own vested interest rather than the interest of the Muslim community," said Raza.
He said that at a time when the "Supreme Court is about to give its verdict" on Ayodhya land title suit, the AIMPLB is "misleading" the people and is speaking against the apex court.
"Who gave them the right to speak against the Supreme Court? The decision can come any time after October 18. AIMPLB is misleading the people by organising meetings like here in Lucknow and is speaking against the government," he said. (ANI)