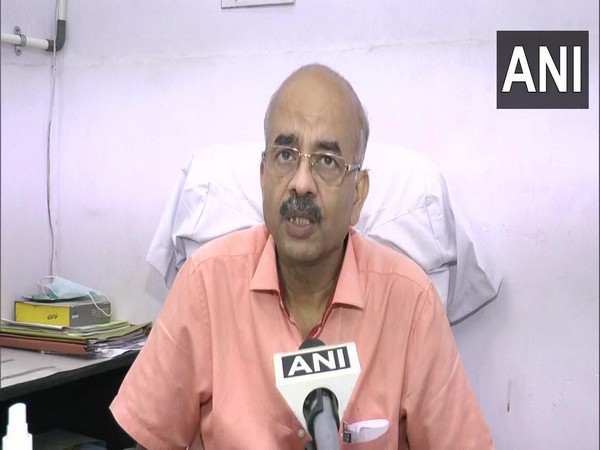 Kanpur (Uttar Pradesh) [India], September 15 (ANI): Amidst the dengue outbreak in several districts of Uttar Pradesh, the Chief Medical Officer (CMO) of Kanpur Dr Ashok Shukla on Tuesday informed that there are 103 cases of dengue across the district.

As per a report released by the CMO, the district reported nine dengue cases on Tuesday and out of the total 103 cases, 80 cases have been reported in the rural areas of the district.
The report further revealed that 206 and 1025 tests were conducted for dengue and malaria respectively across the district yesterday.
Meanwhile, the patients have been visiting hospitals in Kanpur with complaints of fever these days.
Speaking to ANI, Chief Medical Superintendent of a government hospital in Kanpur Dr Anil Nigam said that around 75-100 patients are coming to OPD with complaints of fever and 5-10 patients are being admitted per day.
"We have two patients who tested positive for dengue in the rapid testing but the same has not been confirmed in ELISA test. Effectively, there is no case of dengue in the hospital," he stated.
Nigam informed that a couple of patients were diagnosed with typhoid or malaria and the hospital reported zero deaths due to fever. "We also have an isolation ward for fever patients and a dengue ward," he said.
"All the 10 beds in dengue ward are unoccupied and there are about 30 beds unoccupied in the isolation ward. Right now we have an occupancy of 75-80 beds and we will increase the beds if the patients increase," he added.
Nigam said that the hospital has doctors on special duty who regularly provide reports of all the patients throughout the day. "Though there are few patients who have a low platelet count, no patient has been reported with a low level of oxygen or bleeding," he stated.
There has been a surge in dengue cases among children in many districts of Uttar Pradesh.
Earlier, Uttar Pradesh Health Minister Jai Pratap Singh informed that the state government is taking all the possible steps to control the outbreak of viral fever in the state.
The minister informed that the government has noticed the loopholes in the working of the officials which is the main reason for the viral outbreak in the city. (ANI)