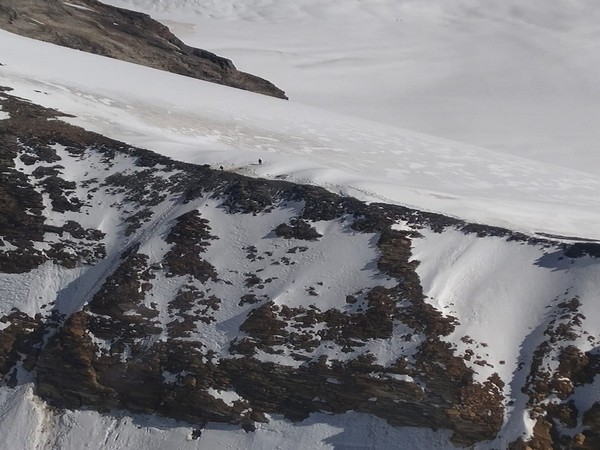 Uttarkashi (Uttarakhand) [India], Oct 12 (ANI): One jawan of Indo-Tibetan Border Police (ITBP) died on Friday after a massive avalanche hit an expedition team of mountaineers near Gangotri I peak at the height of 21,890 feet here.

The deceased jawan has been identified as Head Constable Nurbu Wangdus (38) who hailed from Leh in Ladakh.
According to ITBP, two mountaineers from the team were trapped in the avalanche.
While both the mountaineers were rescued from the snow by another ITBP team, Wangdus was later declared dead.
His body was taken to lower altitude from where it was airlifted to Dehradun. (ANI)