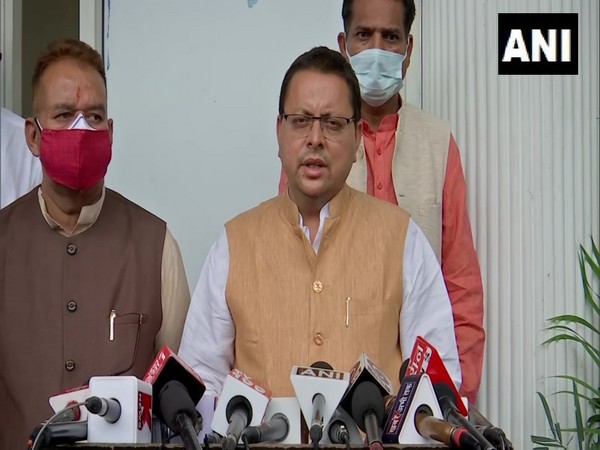 Uttarkashi (Uttarakhand) [India], July 21 (ANI): The Uttarakhand government on Wednesday announced a package of Rs 200 crore for people in the tourism sector and those whose livelihoods depend on the Chardham Yatra.

Addressing a press conference in Uttarkashi, Pushkar Singh Dhami said that due to the COVID-19 pandemic, businesses of people working in the tourism sector and those engaged in making arrangements for Chardham Yatra have been most adversely affected.
At present, due to the closure of Chardham Yatra and other tourist places, hotel business, transport business, porters and other activities are at a "standstill".
Looking at the adverse economic conditions, the state government has planned to directly transfer money to the bank accounts of the persons working or doing business in such sectors.
Apart from this, an exemption will also be given on license fees etc. for various business activities, the CM stated.
He said that the package will benefit 1.63 lakh families in the state and it is being announced at a time when the economy is not in a good shape.
Dhami was in Uttarakashi on Wednesday where he met the kin of those who died following a cloudburst in Mando village of Uttarkashi district.
He also conducted an on-site inspection of affected areas in the Uttarkashi district.
All possible help will be given from the state government, the Chief Minister's Office (CMO) had said.
In Uttarkashi district, three people died and four people were reported as missing after a cloudburst in Mando village. (ANI)