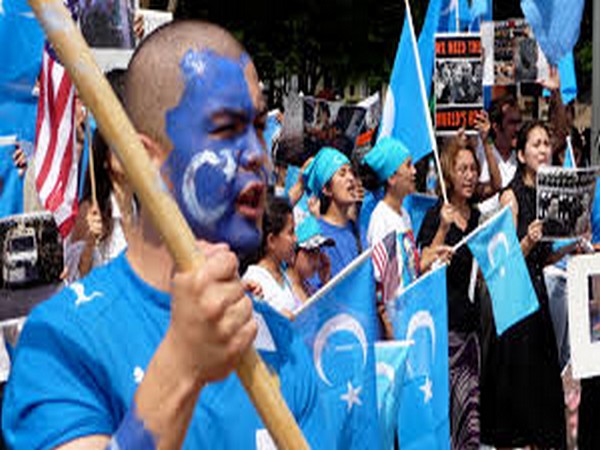 Washington D.C. [USA], July 9 (ANI): A Uyghur rights group has urged the United Nations to immediately strip Beijing of its participatory status at the UN Human Rights Council (UNHRC) and act swiftly to address the annihilation and atrocities committed against the religious minorities, residing in China's northwestern province, before they turn into genocide.

"To act now is already late, but not yet too late," the Campaign for Uyghurs said in a report titled "Genocide in East Turkistan" over China's treatment of Uyghur Muslims addressed to the UN.
Campaign for Uyghurs Executive Director Rushan Abbas stated, "As always we are dedicated to using any means possible to advocate for democratic freedoms and human rights. What the Chinese government has done to the Uyghur people in this, the 21st century, is unimaginable, and it is even more unimaginable that the international community continue to remain meek and even silent in the face of these unspeakable atrocities. This is genocide and anyone who continues to deny this fact must have vested financial interests in China that have caused them to compromise their very soul."
The report listed statements of witnesses of these crimes and the atrocities committed against Muslim Uyghur Turks in East Turkistan by the Chinese Communist Party systematically to assimilate and then destroy them.
The Beijing Administration breached the "Prevention of Genocide" contract, which was signed and approved by them before the international community. In view of the above, the report, therefore, also held Chinese President Xi Jinping and the Xinjiang Uyghur Autonomous Region secretary, Chen Quanguo as well as other executives responsible and accountable for such crimes.
Despite the pandemic, the Chinese government continues its oppression and persecution of Uyghur Turks and other Muslim communities for its own political and economic interests, as usual. "It is impossible to determine exactly what is happening in East Turkistan today. Therefore, as we tried to express above, the global public opinion will unfortunately not know the extent of the genocide taking place there as the Chinese government systematically denies the news," the group said.
The report further demanded that in order to monitor Beijing's policies in the region, it is necessary to create an international commission, which would take the necessary measures to effectively observe China's actions in the region.
Since 2014 in particular, Uyghurs have been forced to systematically assimilate with the objective of eradicating their ethnic identity and the population. In recent years, the events taking place in East Turkistan have met the definition of genocide listed in the ''Convention on the Prevention and Punishment of the Crime of Genocide'' signed in 1948, the report said.
The Chinese government sent 1.1 million Han Chinese cadres to East Turkistan to control the daily lives of the Uyghurs. Their job is to stay in Uyghur homes, share the same bed with them if necessary and control all aspects of their daily lives.
Forcing young Uyghur girls to marry Han Chinese men is a step towards changing the demographics in East Turkistan, in particular, as a result of the Chinese who come to stay in Uyghur houses as permanent guests and marry the young girls living there.
With the ''Double Relative Programme'' initiated by the Beijing government, Han Chinese cadres make visits at least once every two months and stay for about a week.
During the stay, while constantly spreading the Chinese Communist Party propaganda, they also spy on them. During these visits, they encourage drinking alcohol and eat pork, which are forbidden in Islam. If a Uyghur requests ''halal meat'' from the market and if they do not drink, they are declared a suspect and sent to the camps.
In order to facilitate identification of genocidal acts, the report said the United Nations should establish a commission under the joint leadership of the United Nations, the Organization of Islamic Cooperation and relevant international human rights organisations. The resultant report should be transferred to the International Court of Justice without delay, wherein a country should be assigned on behalf of the United Nations or the Organization of Islamic Cooperation.
"During the aforementioned commissioner investigation, China should be prohibited from using its economic ties in other countries to influence proceedings by the enforcement of relevant sanctions," the report further added. (ANI)