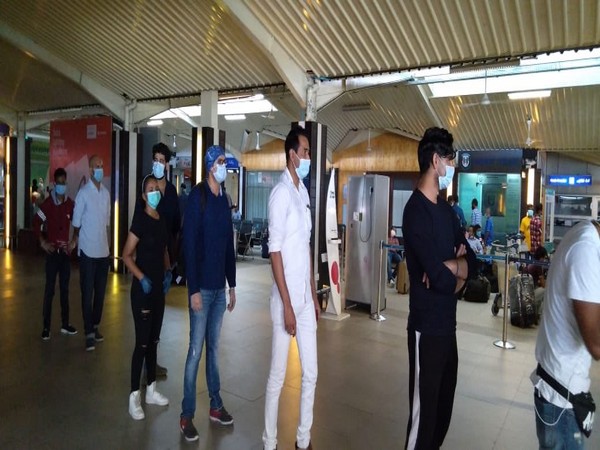 Male [Maldives], May 23 (ANI): An evacuation flight of Air India under Vande Bharat Mission departed from Male with 153 passengers on board for Delhi on Saturday.

"The first @airindiain evacuation flight from #Male to #Delhi under #MissionVandeBharat takes off with 153 passengers on board," Indian embassy here tweeted.
On Friday, an Air Indian flight from Male evacuated 152 Indians, which landed in Bengaluru.
Many Indians from the Maldives were evacuated through Operation Samudra Setu, which was launched by the Indian Navy to bring Indian citizens home from foreign shores in the wake of COVID-19.
On Sunday, the Indian embassy here had said that 1,488 Indians from the Maldives have been evacuated so far.
The Central government launched the first phase of the Vande Bharat Mission on May 7 to evacuate Indians stranded abroad due to coronavirus induced lockdown and the second phase started on May 16.
On Thursday, Civil Aviation Minister Hardeep Singh Puri had said that upwards of 20 thousand Indian citizens have been brought back to the country under the Vande Bharat mission so far and the number will rise further in the coming days. (ANI)