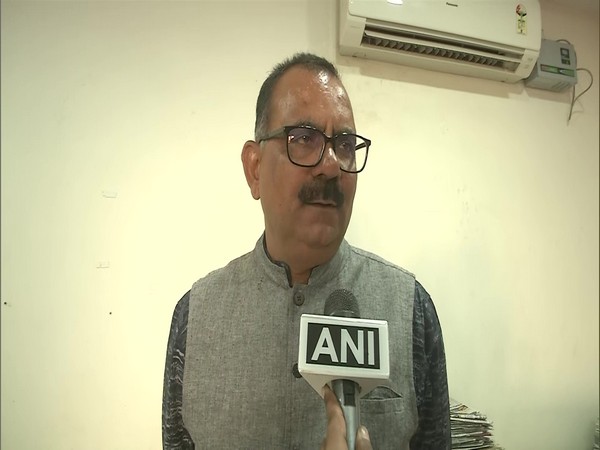 Ranchi (Jharkhand) [India], February 22 (ANI): A verbal spat ensued between the Congress leaders at the party headquarters here in the presence of the state party chief and Finance Minister Rameshwar Oraon on Monday.

According to the party officials, the meeting was held to make the strategy under the chairmanship of Oraon to counter the central government against the fuel price hike.
During a meeting at the party headquarters, acting president of the party at the state level Rajesh Thakur and state spokesperson Alok Kumar Dubey got into a verbal spat. Later, the supporters of both leaders created ruckus inside the party's headquarter.
Alok Dubey, Congress Spokesperson told ANI, "It is an internal matter. There was a difference in opinions while we were putting out our opinions. It is not a big issue. This happens even in a family."
Oraon said that "we become stronger after a fight".
"Heated arguments happen. Sometimes, it happens. We were gathered there to discuss a strategy to counter center over fuel prices. We become stronger after the fight. It also happens in a family, that two brothers fight, It should not be blown out of proportion," he said.
Jharkhand BJP spokesperson Pratul Shahdeo said that the Congress party is completely falling apart.
"If you look at the recent events, party workers clashed in Giridih (Jharkhand) and later in Saraikela (Jharkhand), they invited a dancer during their protest against fuel price and today they created ruckus in presence of Jharkhand chief of their party. It is shameful that the party which claims to follow Mahatma Gandhi's ideals is stooping to low under Rahul Gandhi's leadership. Congress leaders are setting bad examples for people who aspire to join politics," he said. (ANI)