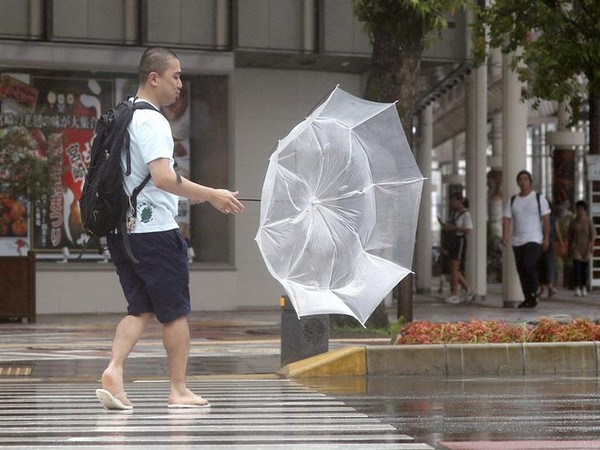 Tokyo [Japan], Oct 12 (ANI): Japan is preparing for an impact from typhoon 'Haqibis' with torrential rains and storm having already hit Chiba Prefecture leading to torn roofs and wounded people here on Saturday.

Japanese Meteorological Agency has put typhoon 'Haqibis' in the 'very strong' category, which is moving northwards over the Pacific towards Japan's main island of Honshu, NHK World reported.
The agency says Hagibis is 180 kilometers per hour near its centre and with heavy winds running up to 252 kilometers per hour.
According to the agency, Haqibis is a catastrophic typhoon, similar to the typhoon 'Kanogawa' that killed more than thousands in Knato and Izu back in 1958.
The agency on Saturday issued an emergency warning for landslides in cities including Tokyo and Izu, Shizuoka Prefecture.
Moreover, the severe risk of flood and landslide has also been predicted by the officials.
For days now, Japanese weather officials have been requesting people to keep track of the latest weather bulletins and local evacuation advisories and move to safety before conditions deteriorate. (ANI)