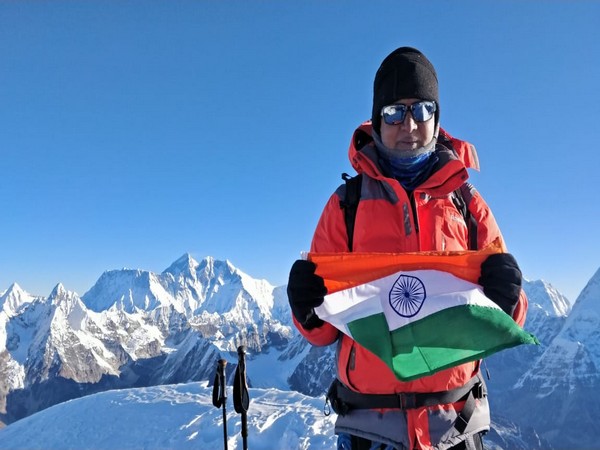 Zirpe unfurled the Tricolour at a height of 6,476 meters above the sea level. It was a solo attempt on the peak by him.

The 54-year-old has participated in more than 40 Himalayan expeditions during his career. He is known for leading successful expeditions on seven of the top fourteen, 8000 meters peaks in the world including Mount Everest and Mount Kanchenjunga. He is the first and the only Indian mountaineer to achieve this feat.

To commemorate his achievements, the government of Maharashtra has honoured Zirpe with Shiv Chhatrapati Award, the highest award for sports in the state. (ANI)