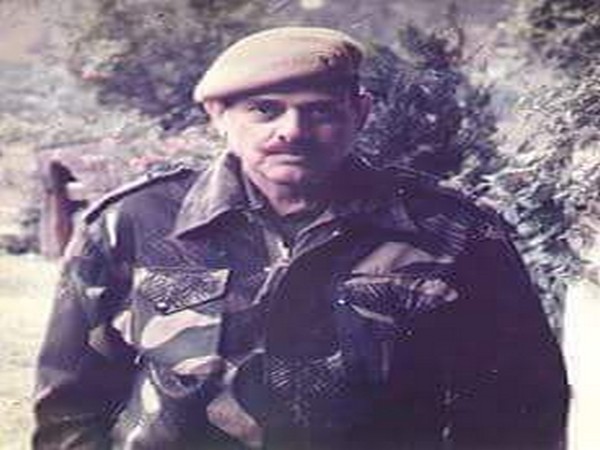 New Delhi [India], November 22 (ANI): Major General (Retired) R N Chibber, a hero of 1962 Indo-China war and both the India-Pakistans wars of 1965 and 1971, passed away on Saturday. The veteran Army officer, decorated with Vishisht Seva Medal, was 86.

Born on September 23, 1934, Maj Gen (Retd) Chibber joined the Army on June 2, 1955.
An outstanding officer, Maj Gen (Retd) Chibber commanded the 8 Jat Regiment as a Colonel. His expertise and exceptional strategy put him in the forefront as a brilliant officer.
After the Bangladesh Liberation War of 1771, he was posted in Afghanistan from 1972 to 1975 as Military Attache.
Maj Gen (Retd) Chibber made a name for himself not only as an officer of exceptional competence, but as a humanitarian, and a man of great compassion.
His colleague Col (Retd) Makhan Singh Gill said he was a saint soldier, a highly respected and admired officer and loved deeply by those who knew him. "Hundreds of messages started pouring in as news of his passing spread, each more touching than the previous one. It is a rarity to see a man who remained unforgettable in the hearts of so many even three decades after his retirement."
General Chibber was given a profound and revered send-off. He is survived by his wife Suman, daughters and their families. (ANI)