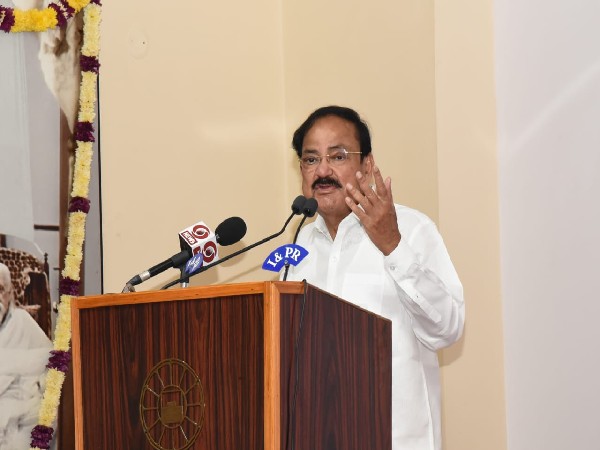 "Delighted to know that we have crossed the milestone of administering 75 crore doses of the COVID-19 vaccine as the nation celebrates the 75th year of our Independence," said the vice president in a tweet.
"My appreciation to the health workers, government officials and all others for their extraordinary efforts," he added.
Naidu also urged the unvaccinated people to get their vaccine shots. "I appeal to those harbouring doubts to shed vaccine hesitancy and to get themselves vaccinated as the country moves ahead to achieve the goal of inoculating all eligible people," he said in another tweet.
Earlier on Monday, the Ministry for Health and Family Welfare informed that the country's vaccination coverage has crossed the 75-crore mark and the Union Health Minister Mansukh Mandaviya lauded this achievement.
"Congratulations India! With Prime Minister Narendra Modi's mantra of Sabka Saath, Sabka Prayas, the world's largest vaccination campaign is continuously creating new dimensions. #AazadiKaAmritMahotsav, that is in the 75th year of independence, the country has crossed the figure of 75 crore vaccinations," he said.
The World Health Organisation (WHO) South-East Asia Regional Office (SEARO) also congratulated India for accelerating COVID-19 vaccination and achieving the 75-crore mark.
"WHO congratulates India for scaling up COVID-19 vaccination at an unprecedented pace. While it took 85 days to administer the first 100 million doses, India reached 750 million doses from 650 million in just 13 days," Dr Poonam Khetrapal Singh, Regional Director of WHO South-East Asia was quoted as saying in a tweet by WHO South-East Asia. (ANI)