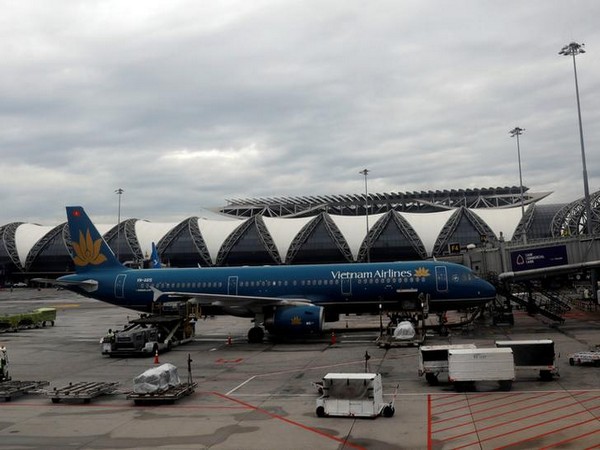 Hanoi [Vietnam], Feb 01 (VAM/ANI): Vietnam Airlines and Jetstar Pacific have become the latest Vietnamese carriers to change schedules of flights linking the country with China in the face of the acute respiratory disease caused by the novel coronavirus (nCoV).

On late Friday, the two airlines announced changes to their flights between the two countries, saying the move aims to protect passengers' health and help contain the spread of nCoV.
Accordingly, Vietnam Airlines is going to suspend the Hanoi-Hong Kong route starting on February 6 and reduce the frequency of the Ho Chi Minh City-Hong Kong route from 10 flights to seven flights per week.
It said that after returning from China, aircraft will be sterilised to curb nCoV transmission risks.
Meanwhile, Jetstar Pacific is also suspending the routes of Hanoi-Hong Kong from February 6, Hanoi-Guangzhou February 9, and HCM City-Guangzhou February 11.
Both carriers said if they want, passengers will get a refund with no charge or change to earlier flights before the routes are suspended.
Earlier, Vietjet Air had halted all flights between Vietnam and China.
On January 30 and 31, many airlines around the world also suspended flights to and from airports in China. Beijing and Shanghai are the Chinese cities most affected by the suspension. (VAM/ANI)