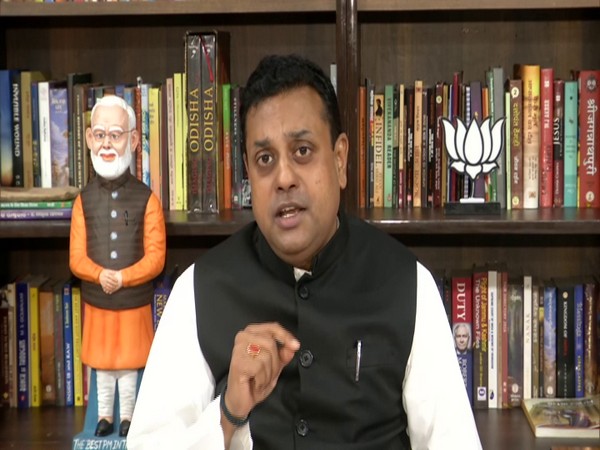 New Delhi [India], May 4 (ANI): After widespread post-poll violence allegedly by the Trinamool Congress (TMC) workers in West Bengal, the Bharatiya Janata Party (BJP) on Tuesday targetted the TMC and claimed that the acts were "state-sponsored".

BJP spokesperson Sambit Patra said that "whatever is happening in Bengal is state-sponsored violence".
"Whatever is happening in Bengal is state-sponsored. The violence, arson, rape and cruelty, all are state-sponsored. TMC used to send a delegation and do photo tourism in other states, did you send a delegation to violence-ridden areas," said Patra.
"What was the fault of people who chose a different ideology?" he asked.
"Through TV and social media, we could see houses burning, workers being murdered, anarchy is ruling the state and administration has crumbled. Our workers are calling our leaders to seek help. They are saying their family members are being killed," he added.
"I want to ask - what was the fault of Abhijit Sarkar who was killed? What was the fault of Shoba Rani Mandal - a booth worker from Jagaddal, who was killed? What was the fault of Uttam Ghosh, Horom Adhikary, Momik Moitra, and Gourab Sarkar? Asked Patra," the BJP leader alleged.
"We appeal to the BJP workers that the party stands in strength with you. It will come to you and support you during this hour. BJP National President JP Nadda Ji will personally visit them - the same Nadda Ji, who was attacked by TMC goons earlier,' he added.
BJP's Bolpur candidate in Bengal polls, Anirban Ganguly alleged, "Several BJP workers have had to leave their houses in Bolpur, Birbhum and other constituencies for their safety. They are spending their days in fear."
"Several BJP workers are getting anonymous phone calls that are mostly death threats. Bengal Minister and TMC leader Firhad Hakim had also said that after elections end and Central forces leave the state, we will take care of everyone," Ganguly added.
"Whatever TMC is doing is very close to Nazi Germany's fascism. This is a fascist govt. Such incidents do not take place in a democratic govt. Where is Arvind Kejriwal Ji, Sharad Pawar Ji today? Why are they silent today about the people of Bengal today?" Ganguly questioned.
Patra also slammed Congress leader Rahul Gandhi for his statements about saving democracy.
"And I want to ask other parties as well, including Rahul Gandhi to save democracy. Today your cadre is crying for help. Adhir Ranjan and congress leaders are asking for help. We need to be one for humanity. We are the main opposition party in Bengal and we pledge that 2.28 crores Bengalis who have shown faith in us we will stand with them," said Patra.
"BJP President JP Nadda will be on a two-day visit to West Bengal starting today to hold a protest against the alleged atrocities on party workers in the state by the ruling TMC government. He will meet the BJP workers and their families affected by the violence and will hold protests," he added.
BJP has also announced to hold a nationwide dharna on May 5 while following all COVID-19 protocols across all organisational mandals of the party.
"Mamata Ji - you've won and everyone has congratulated you for it. You're a woman and the daughter of Bengal. Aren't these women who're being killed and raped daughters of Bengal? Do they deserve this?" he questioned.
Mamata Banerjee-led Trinamool Congress won 213 seats in the just concluded West Bengal assembly elections. The BJP garnered 77 seats in the 294-seat state assembly.
Mamata will be taking oath as the state Chief Minister for the third consecutive term on Wednesday. (ANI)