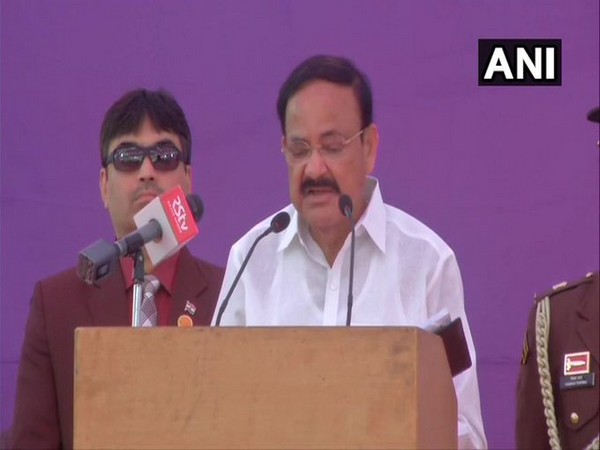 Speaking after inauguration, he said that an environment-friendly, financially and operationally viable mass transport solution is the need of the hour.
According to a press release from the Vice President's Secretariat, Naidu said, "There is an urgent need to control the emission of Green House Gases and vehicular pollutants before the damage to the environment becomes irreversible."
He called for steps to bring in a behavioural change among urban dwellers to use mass transportation rather than using private vehicles.
The Vice President asked local, municipal authorities of cities to encourage people to become pro-active partners in the process of transformation.
Naidu said that an exponential increase in the number of vehicles plying on roads every year has resulted in worsening air quality indices and is adversely affecting people's health.
Stressing that economic growth and environmental conservation were not mutually exclusive goals, Naidu called for considering climate vulnerability and other likely impacts to be factored in all developmental activities.

Pointing out that cities account for two-thirds of global energy demand and 70 per cent of carbon emissions, the Vice President stressed the need to build low-carbon, green and climate-resilient urban infrastructure.
Along with building mass transportation infrastructure, the Vice President called for creating amenities like charging infrastructure for e-vehicles on the road, providing wider footpaths and properly planned pedestrian crossings, to make roads safer for those who cycle or walk.
The Hubballi-Dharwad Bus Rapid Transit System (BRTS) is already ferrying close to one lakh passengers between the twin cities in its trial run. (ANI)