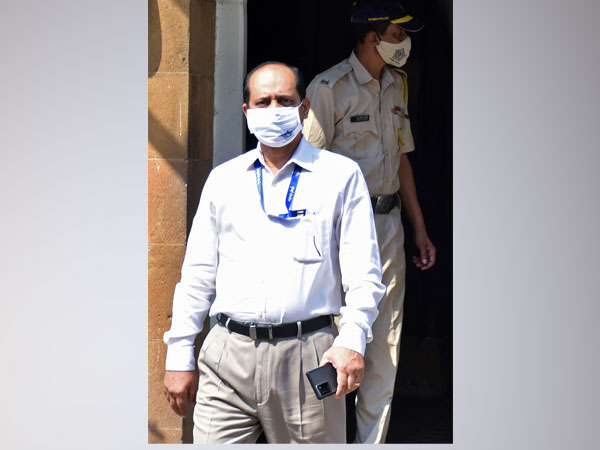 Mumbai Police Commissioner Hemant Nagrale has submitted a report to Maharashtra Home Department about the reinstatement of Sachin Waze and his nine months tenure in Mumbai CIU, Crime Branch.
The report submitted by Mumbai Police states, "Sachin Waze was posted in Crime Intelligence Unit after oral instructions from the then Police Commissioner Param Bir Singh. Waze was reporting to Singh directly, bypassing other officers".
"Waze was following the guidelines of the then Commissioner of Police about the raid on illegal activities, whom to arrest. Waze strictly prohibited his colleague of CIU from reporting to senior officers of the crime branch," the report added.
The report further states, "Sachin Waze used to remain present in all important matters like TRP Case, Dilip Chabriya case and explosive found in a vehicle near the residence of Mukesh Ambani case along with the then Commissioner of Police in the important briefing to the minister."
According to the report, Assistant Police Inspector (API) Sachin Waze was mainly using high-end luxury cars and other private vehicles to reach the office other than government vehicles given to him.
Meanwhile, former Mumbai Police Commissioner Param Bir Singh on Wednesday has been called by National Investigation Agency (NIA) to record a statement in Sachin Waze's case.
Notably, Singh was shunted out as Mumbai Police Commissioner in the wake of the Antilia bomb scare case.
Sachin Waze, API in the CIU who was in charge of the Mansukh Hiran case, was in NIA custody till April 7, for his alleged role and involvement in placing the explosives-laden vehicle outside the residence of Ambani.
Hiran, the owner of the vehicle that was found containing explosives materials outside the house of the Reliance Industries chairman Mukesh Ambani, was found dead on March 5 in Thane.
Investigation into his death was being probed by Maharashtra Anti-Terrorism Squad (ATS), till the MHA handed over the probe to the NIA. (ANI)