Waze's allegations in letter to NIA serious, must be probed: Ramdas Athawale 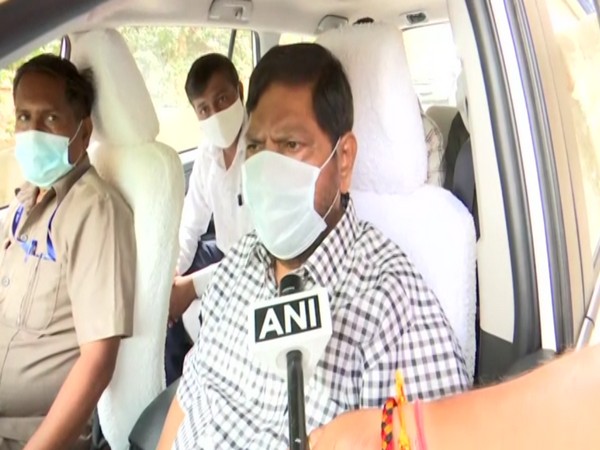 Mumbai (Maharashtra) [India], April 8 (ANI): Union Minister Ramdas Athawale on Thursday said the allegations made by suspended police officer Sachin Waze in his letter to National Investigation Agency (NIA) were serious and a proper investigation into these should be ensured.

"Allegations that Waze made in his letter to NIA against Maharashtra Minister Anil Pranab and Anil Deshmukh are serious and must be investigated into," Athawale said.
The Union Minister refuted the suggestion that the letter was written on the behest of Bharatiya Janata Party (BJP) and said that Waze earlier was a Shiv Sainik and he has always close to the Sena.
On the question of insufficient supply of COVID-19 vaccines to Maharashtra by the Centre, he said that all these were an attempt to defame the Central government as Union Health Minister Dr Harsh Vardhan has assured enough supply.
"I am going to Delhi for two days. I myself will talk with Harsh Vardhan Ji and urge him to meet the demand by the state," he added.
The suspended police officer had written a letter to the NIA court on Wednesday claimed that another Maharashtra Minister had also asked him to illegitimately collect money for him.
The court did not accept the letter, stating that it was not submitted in a proper format.
Waze, who is being probed by the NIA in the Antilia bomb scare, was produced by the agency for further custody when he attempted to submit this letter. The court, however, told him to follow due process and did not accept it. (ANI)