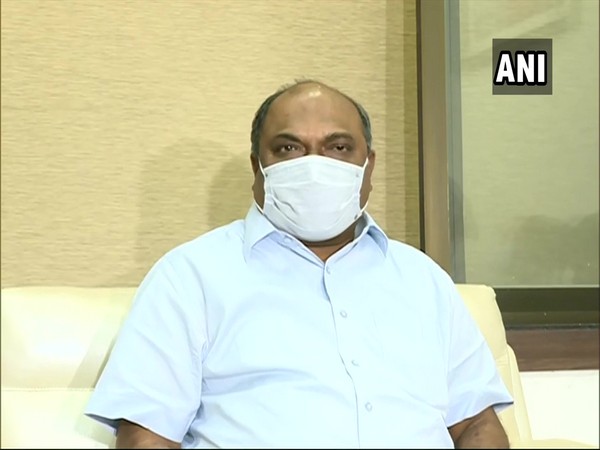 Mumbai (Maharashtra) [India], April 7 (ANI): Maharashtra Minister Anil Parab on Wednesday denied extortion charge against him in suspended Mumbai Police officer Sachin Waze's letter to the National Investigation Agency (NIA). He also said that BJP is behind the letter and they are trying to defame Maharashtra ministers.

Parab, a Shiv Sena leader, said, "For the last two days, BJP workers were saying Anil Parab's name will surface and he will have to resign. How did they know Sachin Waze will give a letter? It's clear that there's a plan of defaming Maharashtra ministers."
The Minister said that he is ready to face any probe into the allegations.
He said, "Why didn't Sachin Waze talk about it earlier? He didn't mention Anil Parab earlier. Suddenly, he writes a letter. It means that he has been made to do all this, to defame the government. I am ready for any kind of inquiry. I am even ready for a narco test."
Waze had written a letter to the NIA claiming that Maharashtra ministers Anil Deshmukh and Anil Parab asked him to illegitimately collect money for them.
Waze, who is being probed by the NIA in the Antilia bomb scare, was produced by the agency for further custody when he attempted to submit this letter. The court, however, told him to follow due process and did not accept it. (ANI)