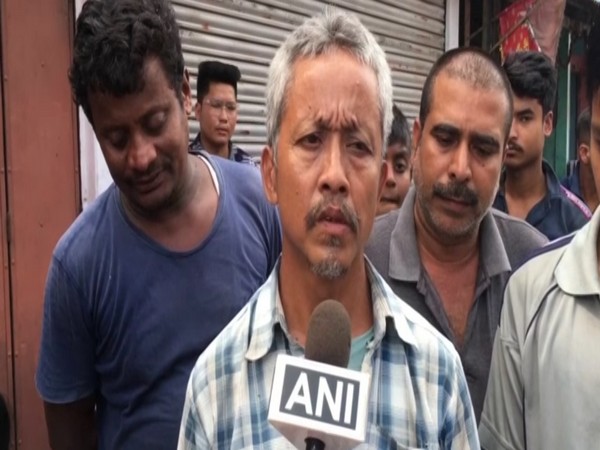 Siliguri (West Bengal) [India], Oct 12 (ANI): The father of slain jawan Naik Subhash Thapa, who lost his life in a ceasefire violation by Pakistan, on Saturday urged the central government to take strict action against the neighbouring country.

Subhash Thapa lost his life yesterday during a ceasefire violation by Pakistan in Jammu and Kashmir's Nowshera sector.
Speaking to ANI, father Teg Bahadur Thapa said, "Yesterday I was informed via a phone call that my son is no more. I am proud that my son has laid his life for the country but I think strict actions should be taken against Pakistan."
Echoing similar sentiments, one of slain jawan's uncles, Rakesh Dubey said, "I want to urge the central government to take strict actions against Pakistan so our soldiers don't have to die every day."
He continued, "In a tribute to the jawan, we have closed all our shops for a day and everyone has changed their display picture on WhatsApp."
The wreath-laying ceremony of Subhash Thapa was also performed earlier today in his hometown.
Locals of Bagdogra town here have also shut their shops for a day in a tribute to the soldier.
The Indian Army soldier had lost his life in a ceasefire violation by Pakistan in the Nowshera sector on Friday. He had served the Indian Army for eight years. (ANI)