We are contesting Delhi polls alone, each worker should get 1000 votes: Mayawati 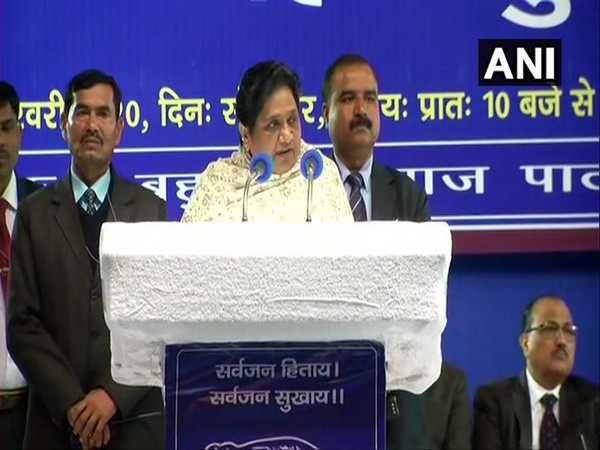 New Delhi [India], Feb 3 (ANI): Bahujan Samaj Party (BSP) Chief Mayawati said here on Monday that her party is contesting the Delhi Assembly elections on its own without entering into an alliance.

"Our party is contesting on almost all of the Delhi assembly constituencies on its own strength. We have not forged an alliance with any other party in this election," said Mayawati while addressing a poll rally here on Monday.
"Those who have come here and their family members will naturally vote for BSP. But if you want your government in Delhi and your candidates to win the election then each of you should try to get 1000 votes for your candidates. If this happens nobody can stop BSP from winning," she told party workers.
"Other parties have no dearth of money. They get funds money from 'punjipatis' and then serve their interests. But you have to work hard for making BSP win," she said.
"You also don't have to fall into the trap of tall promises made by these parties like Congress and BJP," she added.
The voting for the Delhi Assembly is scheduled to take place on February 8. The counting will begin on February 11. (ANI)