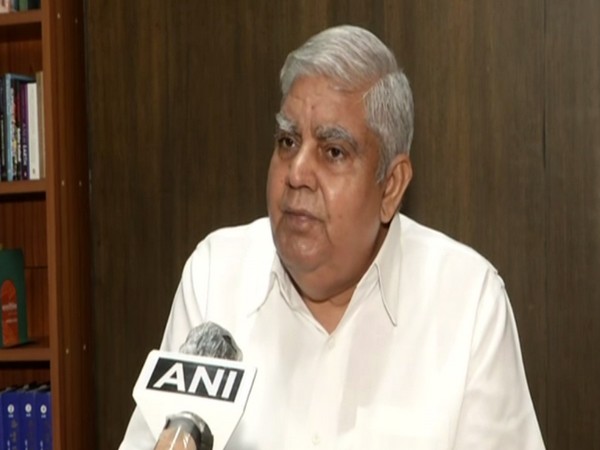 "As the warning for cyclone Amphan was given several days ago, I want to ask the Kolkata Municipal Corporation -- why couldn't they anticipate? Most of the deaths were caused due to uprooting of trees. Why was there no contingency plan? Why were arrangements not done beforehand," asked Dhankar while speaking to ANI.
He further said: "I couldn't have any discussion with the State government. It is unfortunate. I had extensive discussions with the Indian Coast Guard and the BSF. They did a great job. I spoke to the Army. They were ready for relief work. What did the KMC do?"
"Earlier, Prime Minister Narendra Modi had sent a central team to review the coronavirus situation in West Bengal. During their visit, they faced several problems. I am happy to see that PM Modi and Chief Minister Mamata Banerjee are working together in the post-cyclone situation," he said.
Speaking about Lok Sabha MP Dilip Ghosh's visit to the affected areas, the Governor said: "If a minister visits an affected area, there will be a good impact. I can definitely say that in this crisis situation, no minister will go to some areas to do politics. Parties like Left, Congress, and BJP have a good impact on the people. If somebody wants to go to some area to help the people, what is the problem in that."
"Politics happens when you put other political leaders under quarantine while letting members of your political party go to places," he said, adding, "I appeal to the people to come forward and give a donation to the CM Relief Fund for the cyclone. I have made a donation of Rs 50 lakh." (ANI)