What will be people's reaction if those holding posts use such language: Baghel on Shaheen Bagh firing 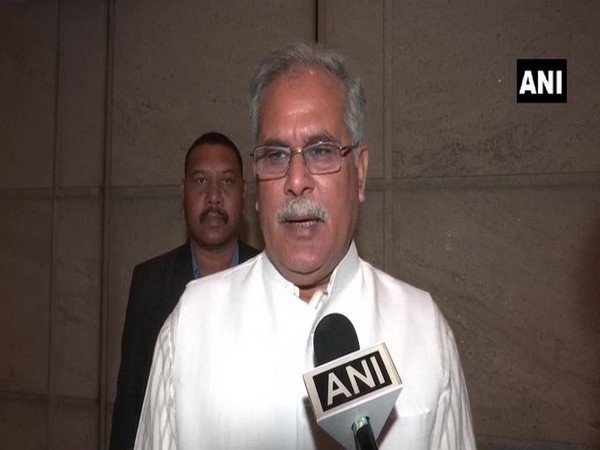 New Delhi [India], Feb 2 (ANI): After a man fired aerial shots at Shaheen Bagh on Saturday, Chhattisgarh Chief Minister Bhupesh Baghel, while citing statements of few BJP leaders, questioned what will be the reaction from people if those holding posts use such language.

"West Bengal BJP president said that 'hum kutte ki tarah marenge'. A BJP minister from Uttar Pradesh said 'hum goli se bhun denge'. What will be the reaction from people if those holding posts use such language?" Baghel said.
The police have detained the man, identified as Kapil Gujjar, a resident of Dallupura village near Delhi-Noida border, said Chinmoy Biswal, DCP, South-East.
"The police personnel overpowered and detained him on the spot while he was firing in the air. He is being interrogated. He said his name is Kapil. An FIR is being registered and further investigation is underway," he said.
According to Delhi Police sources, Kapil has told the police that the anti-CAA protest at Shaheen Bagh caused traffic jams in the area. His cousin sister's wedding was coming up and he used to get stuck in traffic for hours while going to Lajpat Nagar to make arrangements. Hence, he took this step.
The weapon used by him has been seized. No injuries were reported in the incident.
Protests against the CAA have been going on at Shaheen Bagh for over a month now. (ANI)