Wheat procurement in its last stages in Punjab: Food and Supply Minister 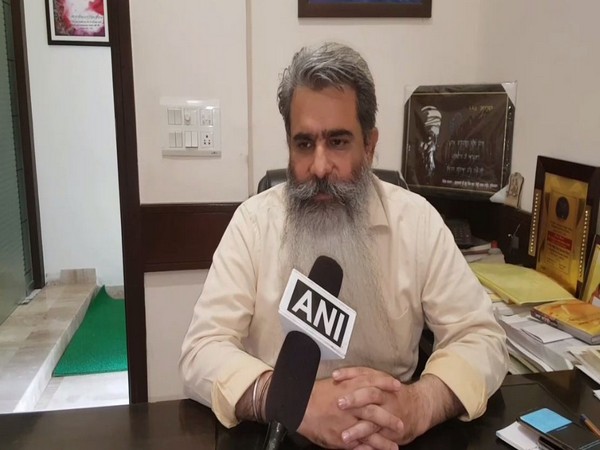 Ludhiana (Punjab) [India], May 5 (ANI): Punjab Food and Supply Minister Bharat Bhushan Ashu on Saturday said in the operation of wheat procurement, the state government has purchased 112-113 lakh metric tonne against the target of 130 lakh metric tonnes and is in its last stages.

Speaking to ANI, the minister said, "We initially had some hurdles in the operation but eventually everything happened smoothly. Out of our set target of 130 lakh metric tonnes, we have purchased 112-113 lakh metric tonnes of wheat produce. We are almost in the last stages of our procurement operation."
The minister informed that around Rs 18000 crore has been transferred directly to the bank accounts of farmers.
He said, "Out of the said quantity we have lifted approximately 71-72 lakh metric tonnes and paid around Rs 18000 crore directly into the bank accounts of the farmers."
Addressing that the issue of payment in the initial stages, Bhushan said, "Initially there was a delay of one or two days since the payment system was new but we immediately recovered and our backlogs and started paying the farmers within 48 hours as per the norms."
The minister further said, "We had heard from two-three places that there is 'bardana' issue in mandis but that issue came up because of the wheat produce came to the mandis suddenly. There was some problem in getting our jute bags quota timely from the central government but even after all this, we tried that there is no unavailability of bardana."
Earlier, farmers in Punjab had complained that there is inadequate preparation on part of the government for procuring their wheat produce. They claimed that the procurement is slow and reported that there is poor storage.
According to Bharat Bhushan Ashu, the procurement operation started on April 11 this year and with 20-21 days, they purchased the said quantity of 112-113 lakh tonnes.
"We started our operation on April 11 and today is May 1. Within these 19-20 days, we have almost completed all our operations. We did not let farmers face any sort of trouble. Even if there were some problems, our district administration and procuring agency officials used to immediately reach and address their issues," he concluded. (ANI)