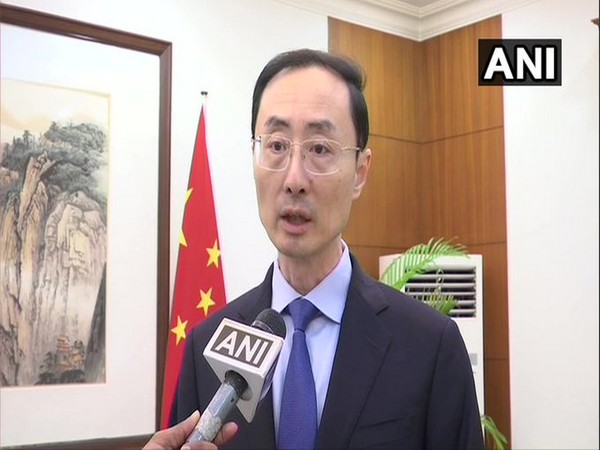 New Delhi [India], Jan 31 (ANI): China's Ambassador to India, Sun Weidong, on Friday said that the World Health Organisation (WHO) has praised China's efficiency in detecting the coronavirus outbreak, isolating the virus and supporting other countries in the situation.

"As the Director-General of WHO Dr Tedros said, the speed with which China detected the outbreak, isolated the virus, sequenced the genome and shared it with WHO and the world are very impressive, and beyond words. So is China's commitment to transparency and to supporting other countries," the envoy said in an exclusive interview to ANI.
Talking about China's cooperation with the international community during the battle against the epidemic, he said: "While fighting the epidemic, the Chinese government carried out international cooperation with openness, transparency and high sense of responsibility."
"We shared information of the epidemic and the genetic sequence of coronavirus with WHO, relevant nations and regions in a timely manner. Chinese diplomatic missions overseas have also communicated closely with the host governments in this regard," he said.
Highlighting the declaration made by WHO, the envoy said: "I would also like to quote a few words from WHO Director-General Dr.Tedros Adhanom Ghebreyesus:'this declaration is not a vote of no confidence in China. On the contrary, WHO continues to have confidence in China's capacity to control the outbreak. China's efforts to combat the disease deserve respect and appreciation. In fact, many of the prevention and containment measures China has taken far exceed relevant requirements for dealing with emergencies. In many ways, China is actually setting a new standard for outbreak response.' He stressed that the WHO disfavors or even opposes imposing travel or trade restrictions on China."
The World Health Organisation (WHO) on Thursday announced a public health emergency of international concern over the coronavirus crisis in China and other countries.
"The main reason for this declaration is not because of what is happening in China, but because of what is happening in other countries," Dr Tedros Adhanom Ghebreyesus, director-general of the WHO, was quoted by CNN as saying.
However, the UN health body stressed that it does not recommend limiting trade and travel. It also once again spoke highly of China's prevention and containment measures. (ANI)