WHO, UNICEF declare end of polio outbreak in Philippines 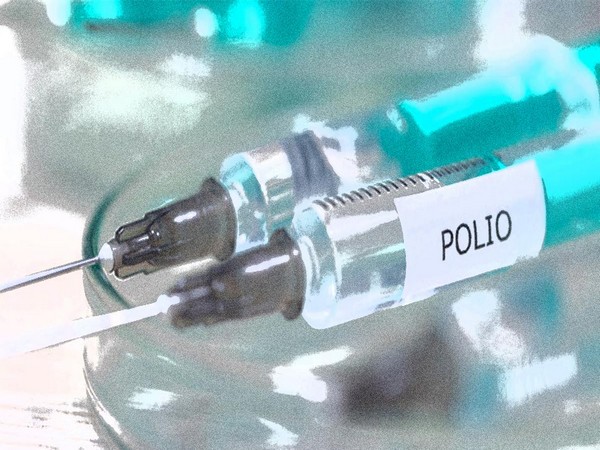 Manila [Philippines], June 11 (ANI/Xinhua): The World Health Organization (WHO) and the United Nations Children's Fund (UNICEF) hailed the Philippines on Friday for ending the polio outbreak almost two years after the highly infectious disease re-emerged in the Southeast Asian country.

In a joint statement, the UN agencies said the Philippines' Department of Health (DOH) officially stopped the polio outbreak response on June 3 this year. "The decision came as the virus has not been detected in a child or the environment in the past 16 months," the statement read.
The agencies said comprehensive outbreak response actions, including intensified immunization and surveillance activities in affected areas of the Southeast Asian country, curbed the spread of the poliovirus.
The DOH announced a polio outbreak in the Philippines on Sept. 19, 2019, after 19 years of a polio-free status.
Since then, the Philippine government and the WHO, the UNICEF, and other partners mounted nationwide polio campaigns to stop the spread of the virus.
Despite the tremendous challenges to immunization presented by the simultaneous impact of COVID-19, the DOH had continued robust polio immunization campaigns.
In particular, the UNICEF and the WHO lauded the DOH for enhancing training and mobilizing health workers in infection prevention and control, and supplying them with personal protective equipment to enable vaccinating children in their homes and designated health centers -- "a global first in a country experiencing community transmission of COVID-19."
The WHO supported the country's polio outbreak response by providing technical and operations support on intensifying polio surveillance, planning, preparing for and monitoring immunization campaigns, infection prevention and control measures, and risk communication. It also deployed international and national polio experts who provided on-the-ground technical support to the affected regions and local implementers.
"This is a major win for public health and is an excellent example of what collective efforts can attain, even in the midst of the COVID-19 pandemic," Rabindra Abeyasinghe, WHO representative to the Philippines, said.
The UNICEF supported the DOH through vaccine procurement and delivery, development of immunization guidelines, social mobilization, engaging community members and influencers, and building the capacity of DOH and local government units nationwide to plan and ensure that all children are inoculated.
"The success of the polio immunization in the Philippines is proof that when we come together for children, great things happen," UNICEF Representative to the Philippines Oyunsaikhan Dendevnorov said.
Polio is a highly infectious, crippling, and sometimes fatal disease that can be avoided with a vaccine. Children under the age of five are particularly vulnerable.
The WHO said the disease remains endemic now in the only two countries of Afghanistan and Pakistan, and polio will be the second disease ever to be completely eradicated when eradicated there. (ANI/Xinhua)