'Why does Didi get irritated with slogans of Jai Shri Ram?' asks Yogi Adityanath 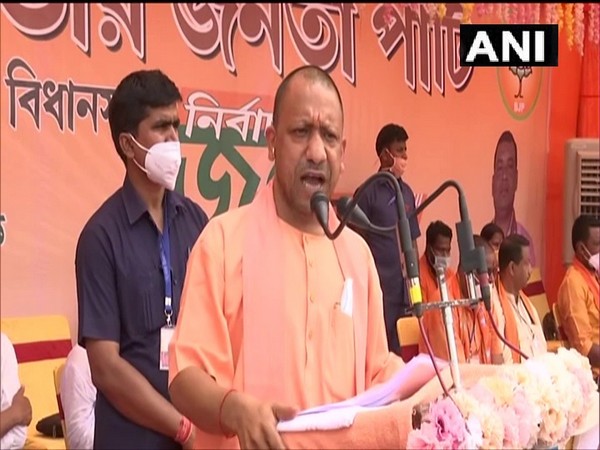 Addressing a public meeting in Jalpaiguri, Adityanath said, "Didi is so angry that if you say Jai Shri Ram, she will put you in jail. Irritation can be from BJP or me, but why Shri Ram? Anyone who dares to fight Ram has to face bad results. TMC's plight in West Bengal is certain."
"On May 2, Bengal will get freedom from the TMC government. TMC goons will be taken by the law. Surely, the parties like Congress, CPM and TMC will definitely give protection to the criminals, but they will be sent behind the bars," he added.
Bharatiya Janata Party (BJP) and TMC are at loggerheads in the poll-bound West Bengal. The top leadership of BJP has been holding rallies and roadshows in the last few months with the aim to topple the incumbent TMC government.
West Bengal has witnessed three out of the eight phased polls to the 294-member state Assembly. Counting of votes will be held on May 2. (ANI)