Will TDP likely vanish from Telangana, while YSRCP's sister party aims for foothold? 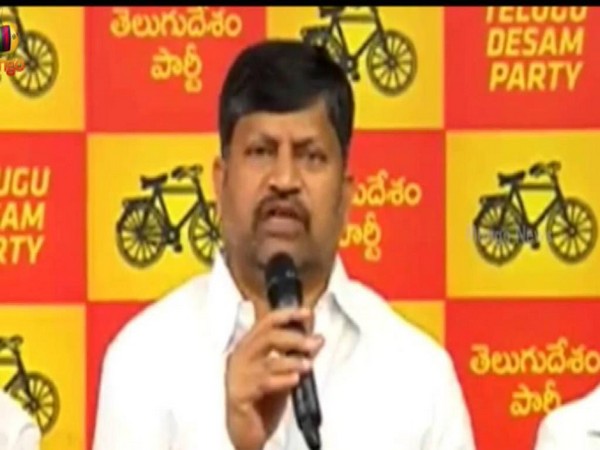 A slew of such questions flood the political arena of Telangana with speculations rife that TDP president, L Ramana is likely change guard and join the ruling Telangana Rashtra Samithi (TRS). Meanwhile, BJP, which is attempting to make inroads into the state has also reportedly attempted to woo Ramana on to their bandwagon.
Ramana has neither denied nor accepted any of these speculative reports.
While speaking to ANI over the phone, Ramana said, "Some of my well-wishers have been suggesting a change (of party). I have not taken any decision yet. I have been speaking to my family members, well-wishers, and political followers. I will make a decision in two or three days."
The TDP president said that TRS had been asking him to join them for almost a decade now. "The BJP leaders have been welcoming me for four years."
Ramana, clarified that he has not faced any problems or had differences with others in the party and stated that every political party faces one or the other issue and attempting to overcome is natural for any political leader.
Meanwhile, sources in TDP have refused to commenting over the likelihood of L Ramana's exit from the party. "Ramana has not announced any decision. So there is no discussion about it in the party. It is not correct to comment on such hypothetical situations", a TDP leader said.
TDP has weakened in Telangana ever since the bifurcation of Andhra Pradesh in 2014. TDP was last in power from 1999 to 2004 in the united Andhra Pradesh.
After 2004, TDP could not lead the state. With the agitation of separate statehood in Telangana, the party gradually weakened in the region.
The party faced the worst defeats in Telangana state in the 2014 and 2018 assembly elections.
After the bifurcation, TDP formed two units for both Telugu states, and L Ramana has been the president of the Telangana unit of TDP since 2015.
TDP came to power in Andhra Pradesh in 2014, when assembly elections were held first time after bifurcation. However, the party faced sour defeat in the 2019 elections when YSRCP came to power with a whopping 151 seats.
Interestingly, YSRCP fought its first election in both Telugu states in 2014. After a dismal performance in Telangana, YSRCP chief YS Jaganmohan Reddy decided to confine to Andhra Pradesh.
Jagan showed no interest in Telangana politics after 2014. But now, his sister and the daughter of late Chief Minister YS Rajashekar Reddy, Sharmila is venturing into Telangana politics.
She is likely to come up with her party YSRTP on July 8, the birth anniversary of the late YSR.
Jagan's YSRCP is officially maintaining distance from Sharmila's Telangana party but people are of the opinion that Sharmila's new party is the indirect entry of YSRCP onto Telangana soil.
It is interesting that while the YSRCP chief's sister is trying for a foothold in Telangana, another major regional party, TDP seems to be disappearing from the same state.
If Ramana's exits from the party now, will serve as a death blow to TDP in Telangana. (ANI)