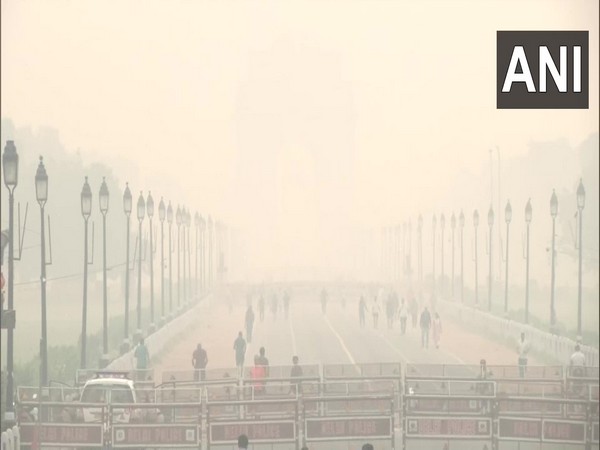 By Joymala Bagchi
New Delhi [India], October 19 (ANI): Health experts have been witnessing an almost 15 per cent rise in the number of Chronic Obstructive Pulmonary Disease (COPD) or Asthma patients for the past 10 days as air quality started aggravating from moderate to poor to very poor in the national capital and nearby regions.

"We are seeing a rise in COPD / Asthma patients to the tune of 15 per cent over last 10 days. The rise of PM 2.5 level is clearly linked to increased problems with lung health. We have also seen a new diagnosis of Asthma and other pollution-related lung diseases being on the rise," said Dr. Arunesh Kumar, Head, Respiratory Medicine (Pulmonology) at Paras Hospital.
With the winter approaching fast and estimations of the SARS-COV2 transmitting capacity getting increased in the cold weather, health experts have urged people to take extra precaution as respiratory diseases tend to worsen with a dip in temperature and rise in pollution level.
"Most of the chronic respiratory diseases like Asthma, COPD tend to get worse with lower temperature and rise in pollution. Patients see their symptoms like cough and breathlessness worsening with the start of winter. Key to this is the compliance of treatment and avoiding pollutants," the doctor added.
Following the ongoing COVID-19 condition, experts are also trying every medium to make people aware of the necessity to mandatorily wear masks and stick to coronavirus appropriate behaviour.
Also, several measures have been adopted by government and pollution watchdogs such as banning the use of diesel generators, restricting industrial and local pollutants, deploying 50 teams for strict vigilance, among others in an effort to curtail the deterioration in air pollution index.
Dr Swapneil Parikh, an internist and clinical researcher said, "Patients with Asthma and COPD do experience exacerbations in winter. Changes in temperature and humidity contribute to seasonal infections. Further, air pollution is also a major threat."
"During winters, the air temperature decreases causing a phenomenon called winter inversion where a dense layer of air traps pollutants lower in the atmosphere. This increases respiratory exposure to particulates and can worsen respiratory ailments," Parikh added.
Terming air pollution a major threat for respiratory illness, the doctor also said that "increase in the number of vehicles and other sources of emissions also contribute to it."
According to the India Meteorological Department (IMD), if the impact of large scale parameter is to be considered there are weak La Nina conditions this year, however, the department has not issued any official forecast on winter as of yet.
During La Nina years usually, the temperature in the northern parts of the country can dip further south, leading to relatively colder winters. (ANI)