'Wolf warriors irretrievably trashed whatever trust Beijing may have had as investment, research partner around world' 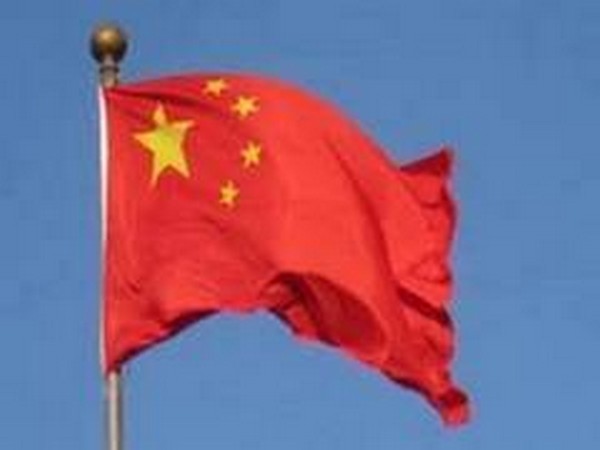 Canberra [Australia], September 15 (ANI): The wolf warriors have irretrievably trashed whatever trust Beijing may have had as trading, investment and research partner around the world, says Peter Jennings, the executive director of Australian Strategic Partnership Institute (ASPI).

Hitting out at Chinese President Xi Jinping for his authoritarian style of functioning, Jennings in a write-up in The Strategist, said: "China has never had many, or indeed any, close friends internationally, but in less than a year the wolf warriors have irretrievably trashed whatever trust Beijing may have had as a trading, investment and research partner around the world."
Jennings described it as "a remarkable achievement", pointing out how even in a divided America, opposition to China is the one policy uniting Republicans and Democrats.
"Beijing's bad behaviour has produced a consensus in the European Union and Britain to push back, has given ASEAN a stronger common purpose and has ignited in Australia a determination to 'step up' in the Pacific and spend more on defence," the write-up said.
The Chinese "wolf-warrior diplomacy" or aggressive posturing has come under criticism for fuelling tensions around the globe.
Mentioning how China-Australia ties have increasingly come under strain, Jennings said: "Had China continued down the Deng Xiaoping-mandated path of 'Hide your capacities, bide your time', I'm no longer sure that Australia would have been able to muster the collective willpower to prevent the wholesale compromising of our economy, political system, critical infrastructure, universities and business community--such was the attraction of Chinese money."
Jennings suggested three factors that are shaping Xi Jinping's strategic thinking.
"The first factor is that CCP policymaking is increasingly centred on one person--Xi Jinping. Through regular purges of the party and the People's Liberation Army since 2012, Xi has removed political opponents, made himself the commander-in-chief of the military and the central driver of policy in every area from the South China Sea to the Belt and Road Initiative to the pandemic response," Jennings said in the write-up.
Xi Jinping has consolidated power and purged the rivals in the party so as to blunt any opposition to him.
It is tempting to think that Xi's authoritarian style is partly motivated by a determination not to be purged like his father. "His leadership is also informed by deep ideological schooling in Marxist-Leninist ideology--a reality too easily dismissed in the West."
Jennings said Xi has brought Leninist authoritarianism to into the 21st-century world of artificial intelligence and all-seeing surveillance. "Having embarked on a path to consolidate all power to himself, it is difficult to see how Xi can break from his current course of action. In effect, that means China's more assertive and uncompromising approach in the world will be here for as long as Xi remains in power," the write-up said.
According to Jennings, the second factor shaping Xi's approach is that, overwhelmingly, what matters to him is strengthening the position of the CCP inside China. "How the wider world reacts to Beijing's actions is vastly less important."
The write up said Beijing's increasingly inflammatory rhetoric about defeating 'separatism' in Taiwan, by use of military force if necessary, may be seen by the wider world to be destabilising Asian security, but inside China it rallies popular support around the party.
According to Jennings, the third factor shaping China's switch to the wolf-warrior approach is that Xi has concluded that coercion works.
"The lesson for Australia and all democracies is that making concessions to Beijing's wolf-warrior behaviours will only encourage more coercion," the write-up said.
"Based on this assessment of Chinese strategic motivations, it is highly likely that Beijing's more assertive approach will continue if Xi stays in office. That is going to hurt Australia, but the only mitigation is to reduce our economic dependence on China," Jennings concluded. (ANI)