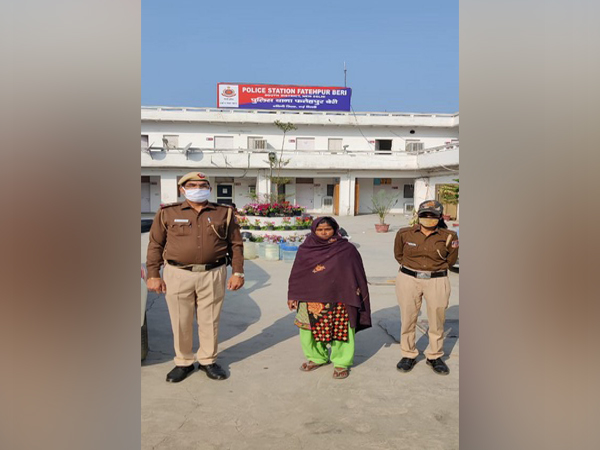 New Delhi [India], February 22 (ANI): A 35-year-old woman was arrested on the charges of allegedly murdering her husband in the Fatehpur Beri area of the national capital, the police said on Monday.

According to Delhi Police, the deceased Sikandar Sahni was brought to Safdarjung Hospital on Sunday by his wife Sarita Devi and was declared brought dead.
"The post-mortem report of the body was conducted at Safdarjung Hospital and during the post-mortem, the doctor observed multiple ligature marks on his neck and revealed that the deceased was murdered," the police said.
The South District Crime Team and Forensic Science Laboratory (FSL) team visited the spot for investigation and a case was registered at Fatehpur Beri police station and an investigation was taken up.
During interrogation, she disclosed that her husband was addicted to liquor despite being a chronic tuberculosis patient and was not doing any work. He used to beat her daily and abuse her in front of her children. She strangulated him with a saree, the police alleged.
Further investigation is in progress. (ANI)