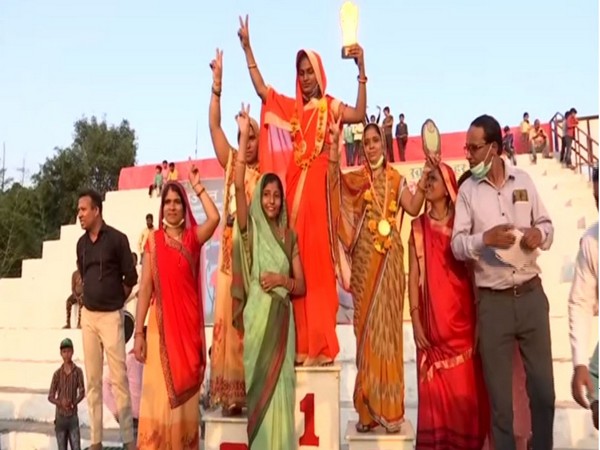 Bhopal (Madhya Pradesh) [India], October 13 (ANI): A unique initiative was taken up by the local administration of Bhopal on Tuesday as women in Phanda Kala village of the district ran with a water pot in their hands to send a message against open defecation to their daughters-in-law.

In a bid to discourage women from defecating in open, the district administration organised an event called 'Lota Daud' in which 18 elderly women participated in a race carrying water pots in their hands.
The women, through their participation, endeavoured to discourage their daughters-in-law from going through the same problems they faced due to the lack of toilets. The event was aimed at making maximum people aware of using toilets.
"Earlier there were no toilets, mothers-in-law used to go to the fields. Now those mothers are saying that I have got toilets made in the home and the government is arranging for water. Therefore, now my daughter-in-law will go to the bathroom inside the house and will live with respect," said Vikas Mishra, CEO, Zila Panchayat, Bhopal.
The winner of 'Lata Daud' was decided on the basis of the amount of water left in the pot post the race. After reaching the finishing point, the winner threw away the pot sending the message that women in the village no longer need to carry these water pots for defecation in open.
"Through this competition, we are giving a message to the entire society against an evil practice where women were left with no option but to go out in open spaces for defecation," said Tara Prajapati, a local resident. (ANI)