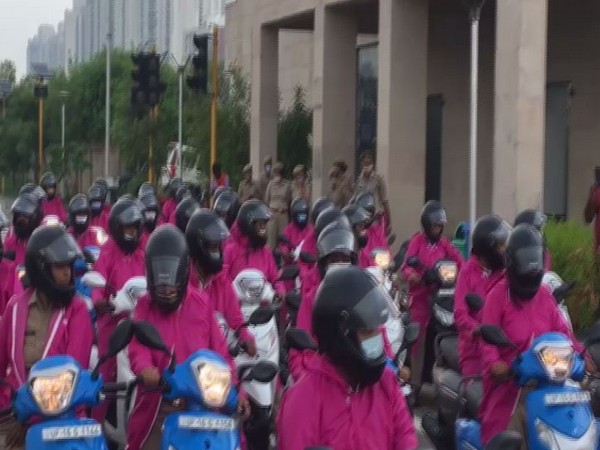 Noida (Uttar Pradesh) [India], Aug 2 (ANI): As a measure to boost women's security in Noida, the police have launched a women police squads to patrol the city on scooters.

Police Commissioner Alok Singh flagged off the new patrolling team from the commissioner's office on Saturday.
DCP Women's Protection Vrinda Shukla said that scooters have been deployed in areas with more women footfall.
"We have around 100 scooters and we have deployed them in various areas. In areas frequented by women we have deployed closed to 12-13 scooters and the areas with less footfall we have deployed two-three scooters," Shukla told reporters here.
"The idea materialised after feedback mechanism through social media platforms. And asked women about the areas where patroling is needed and how can it be provided," she added.
Alok Singh, Police Commissioner Noida said, "At present, we have flagged off close to 50 scooters today. We would be increasing the capacity as and when the lockdown opens, more improvements would be made on the same." (ANI)