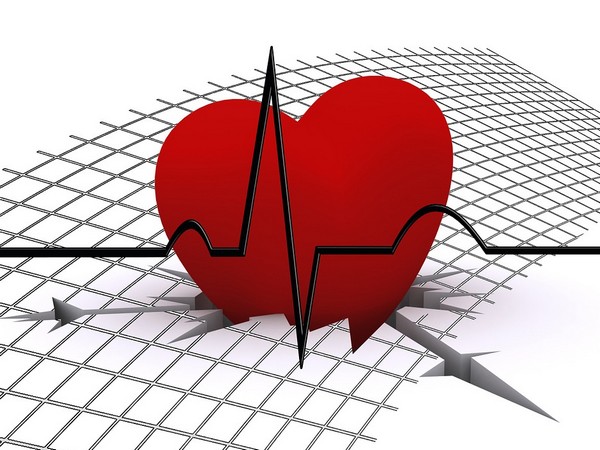 New Delhi [India], May 16 (ANI): World Hypertension Day, observed on May 17 every year, stresses the need for increasing awareness about this 'silent killer' and help people realise that hypertension or high blood pressure is a preventable and controllable condition.

Increasing the awareness about the condition -- where the blood pressure is consistently more than 140/90mm/Hg -- is necessary given the lack of knowledge among the people about the 'silent killer' as the symptoms often go unnoticed during the early phase.
Dr P Venkata Krishnan, Internal Medicine, at Paras Hospital, Gurugram, explains that the condition can be considered as the cause of many NCDs -- heart attacks, kidney failure, stroke, and also damage to eyes.
"Its prevalence is widespread with different studies concluding anywhere between one third and 50 per cent of the population suffering from hypertension. While 90 per cent of the cases of high BP is idiopathic, in 5 per cent of the cases, it is caused by underlying conditions of heart, thyroid and kidney diseases or other illness," said Dr Krishnan.
The major concern surrounding the condition is that of not showing any visible symptoms, and hence difficult to detect it via regular health and BP check-up. In fact, the doctor says that in most people, it is diagnosed during a regular check-up.
"Treating hypertension requires a combination of dietary and lifestyle modifications as well as medicines under medical supervision. Taking proactive steps such as a decrease in the consumption of junk food, managing stress, and regular exercise are important not just in the management of hypertension but also its prevention," he concluded.
Highlighting another viewpoint around the condition, Dr Parul Katiyar, Fertility Consultant, Nova IVF Fertility, said that hypertension can also adversely affect fertility, especially in men.
"Various studies have suggested that hypertensive men tend to have low semen volume, sperm count and motility. Some of the antihypertensive medications have been linked to poor semen volume and quality and their side-effects also include retrograde ejaculation and erectile dysfunction," remarked Dr Katiyar.
The doctor also emphasised that hypertension can be managed by bringing certain changes in the lifestyle and also intake of the right medication can result in improvement in impaired semen and erectile dysfunction.
Talking about chronic hypertension during pregnancy, Dr Manisha Ranjan, Consultant Obstetrician and Gynaecologist, Motherhood Hospital, Noida, said that the condition has been associated with a number of adverse pregnancy outcomes, including premature delivery, fetal growth restriction, fetal death, placental abruption, and cesarean delivery.
"Sometimes, the onset of high blood pressure during pregnancy may be a sign of preeclampsia, a condition in which high blood pressure occurs exclusively in pregnancy. Therefore, even if your chronic high blood pressure is under control before you are pregnant, you may later develop preeclampsia, as well," she added.
The doctor further recommended inducing labour before the patient's due date in order to prevent any pregnancy complications. In some cases, cesarean birth is also recommended.
"So, it becomes imperative that one should manage their high blood pressure during pregnancy by eating a healthy diet, reducing sodium intake, taking medications properly, and staying physically active," the gynaecologist explained.
Referring to the prevailing coronavirus crisis, Dr Manjeetha Nath Das, Internal Medicine, Columbia Asia Hospital, said that the condition has emerged as serious comorbidity, especially for the elderly.
"Every third Indian adult has this disease. Its high prevalence makes all these people vulnerable to coronavirus, which may affect them more severely than those who are not hypertensive and increase the chances of death," said Dr Das.
"Therefore, our aim should be to check the number of new people who get hypertensive and help the hypertensive to manage their condition better. The disease also increases the risk of heart attack, stroke, kidney failure, and blindness significantly," the doctor said.
Dr Das further recommended proper screening of hypertension for anyone over the age of 35 years. "Besides, right from childhood, people should be encouraged to live a healthy and active lifestyle with less sugar and fat intake and minimum 30-minute of activity daily," Dr Das added. (ANI)