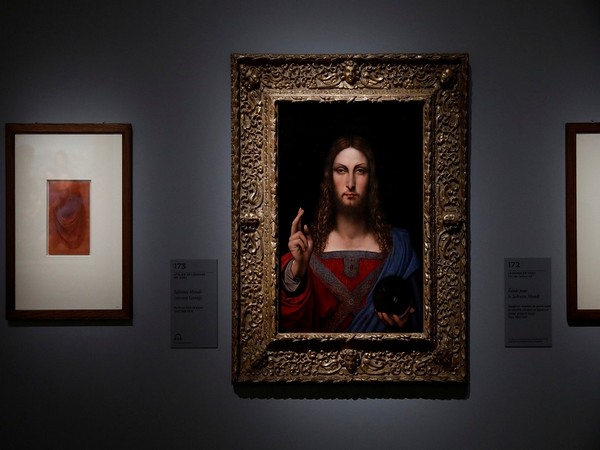 Paris [France], April 20 (ANI): A new French feature-length documentary on the Salvator Mundi, the costliest painting, seems to have solved one of the key mysteries surrounding the enigmatic and controversial painting: why it never appeared in the Musee du Louvre's blockbuster Leonardo da Vinci show.

Antoine Vitkine's film, which The Art Newspaper gained exclusive access to, was entitled The Savior for Sale and was released on April 13th.
In the film, an anonymous senior official in French President Emmanuel Macron's government, codenamed "Jacques", tells Vitkine that the Louvre's extensive scientific examination of the painting, conducted in secret, concluded that Leonardo da Vinci himself "only contributed" to the picture and that its "authenticity" could not be confirmed, reported The Art Newspaper.
The painting's owner, the Crown Prince of Saudi Arabia, Mohammed bin Salman (MBS), had acquired the painting (through a proxy) for USD 450 million--the largest price ever paid for a work of art--at Christie's, New York in November 2017, reported The Art Newspaper.
As per some media reports, MBS pressured bosses at the Louvre to lie about the authenticity of a supposed Leonardo da Vinci painting in order to save his own face, a new documentary alleges.
The documentary alleged that some members of the French government, including Foreign Minister Jean-Yves Le Drian, lobbied on behalf of bin Salman's request. They were concerned about the impact on France's wide-ranging strategic and economic relationship with Saudi Arabia.
But Macron ultimately decided to reject bin Salman's request, leaving it to the Louvre to negotiate with the Saudis on how the painting should be presented in their retrospective, said the documentary. (ANI)