Yatnal acting like B team of Congress, says BJP's Nirani 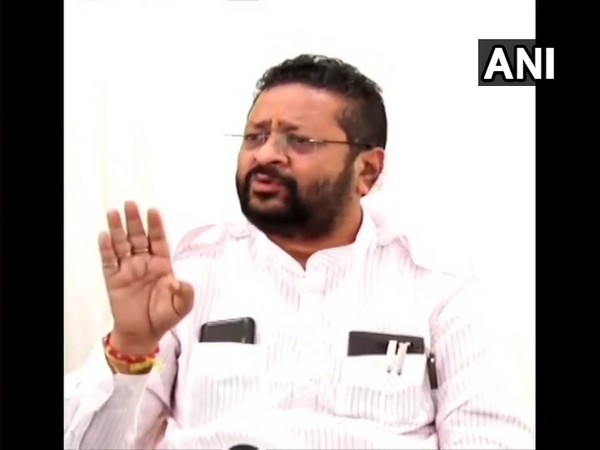 The Minister condemned Yatnal for "disrespecting" the Chief Minister and attacking his own party leaders.
"Yatnal is repeatedly attacking his own party leaders than the opposition leaders. I condemn him for disrespecting a senior leader such as the Chief Minister. The party higher-ups will take a decision on his conduct," he said in a joint presser with State Mall Scale Industries Minister CC Patil and scores of party legislators here at Vidhana Soudha.
According to a statement, the press meet was called by the ministers and the BJP legislators belonging to Panchamasali Lingayats in the backdrop of Yatnal attacking the CM Yediyurappa and the top seer of the community for taking few unilateral decisions regarding the community.
Yatnal has been targetting the Karnataka Chief Minister for several months, especially after a recent cabinet expansion, in which he was not included.
Stating that Yatnal got elected as MLA because of Yediyurappa's charisma and became a Union Minister due to his support, he said that Yatnal has no moral right to criticise the Chief Minister, and challenged him to prove his worth by resigning as BJP MLA and get re-elected as an Independent MLA from his constituency.
According to the statement, Yatnal, during the Panchamasali Lingayat rally on Sunday, had demanded Nirani and Patil's resignation if Yediyurappa did not take pro-active steps to include their community under 2A reservation of the OBC list.
Responding to this, Nirani said Yatnal has no right to seek his resignation, "I was elected by the people of my constituency and became a minister with the blessings of CM and party high command."
Nirani maintained that a convention was held with the sole purpose of pressing the demand for 2A reservation but some people misused the platform for their selfish and political ends and tried to mislead the community.
The Minister further said that it was not fair to set a deadline for the government as the reservations cannot be done in one go.
Nirani and Patil also expressed displeasure over the conduct of Kudalasangama math pontiff Basava Jayamruthyunjaya Swamy and said that he should conduct himself as a highly esteemed person and not dance to the tunes of former Congress MLA Vijayanand Kashappanavar and Basanagouda Patil Yatnal.
"What was the necessity for the seer to announce Kashappanavar as president of Akhila Bharata Lingayat Panchamasali Mahasabha, when such decision was not taken by the rightful body of the community. The seer has no right to take such decision," the ministers said.
Both ministers also slammed Kashappanavar, calling him a self-declared leader of the Panchamasali community and alleging that he has many FIRs filed against him and is not eligible to hold the post.
Panchamashali Lingayat sect seers and leaders are demanding that their existing reservation category be changed from 3B to 2-A category in the State's Other Backward Community (OBC) list. They are undertaking a padayatra to Bengaluru and reached Tumkuru on Friday. The yatra is scheduled to culminate in a rally in Bengaluru on February 21. (ANI)