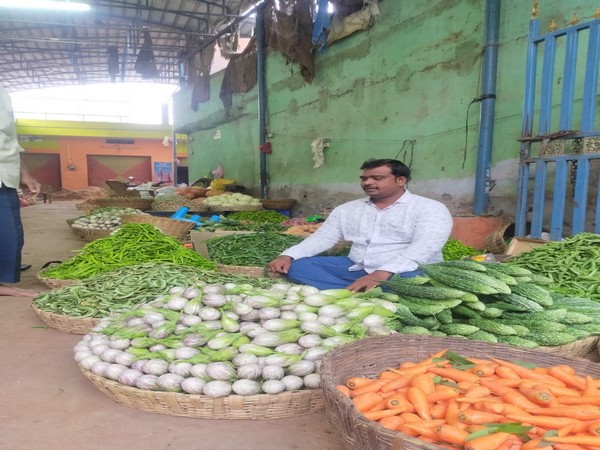 Kadapa (Andhra Pradesh) [India], March 19 (ANI): A vegetable vendor from the Yuvajana Sramika Rythu Congress Party (YSRCP) was on Thursday elected as the Chairperson of the Rayachoty municipality.

Haunted by unemployment, Sheik Basha, a degree holder, had to resort to selling vegetables in his village to make ends meet. Little did Basha know then about the U-turn that his life would take in the future.

Overwhelmed by the opportunity given to him by the Chief Minister, Basha said, "I thank Chief Minister Jagan Mohan Reddy for giving someone like me the opportunity to be the Chairperson of the Rayachoty Municipality. Despite being a degree holder, due to unemployment, I had to sell vegetables in my village to survive. I had no direction in life. It was then that YSRCP gave me the opportunity to contest on a councillor's ticket. Now, I have been elected to be the Chairperson of the municipality."
"The chief minister has provided the maximum number of seats to the backward communities in the state. We thank him for doing so and encouraging people from the economically backward sections of the society, like me," he added.
The YSRCP won 84 out of 86 municipalities/municipal corporations in the state on March 14, 2021. The party in the election of Mayors and Chairpersons provided 60.47 per cent of posts to women and 78 per cent of posts to the backward communities. (ANI)