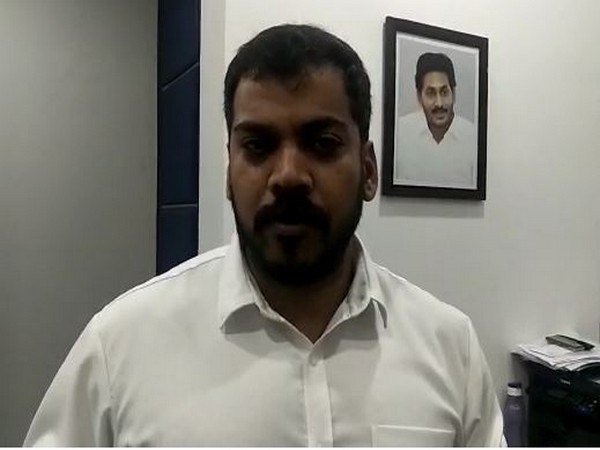 Further taking a dig at the TDP, he stated that while the Yuvajana Sramika Rythu Congress Party (YSRCP) won the polls with 81 per cent seats, the TDP only managed to get 16 per cent seats.
"TDP is the only party in India to celebrate even its defeat in Gram Panchayat Polls. The candidates the TDP supported won hardly 16 per cent. YSRCP supported candidates won more than 81 per cent of the seats," said Yadav.
He further said that the TDP would have won 'single digit' seats if the YRCP's rebel candidates had not contested separately in the polls.
"TDP got 16 per cent of seats only, as some of our rebel candidates fought in some places. Otherwise, they would have got only single-digit seats," he said.
Slamming TDP supremo N. Chandrababu Naidu for his 'claims' that his party had won 41 per cent seats in the fourth phase of the elections, Yadav dared Naidu to show at least 1200 sarpanches in his party's kitty'.
"Chandrababu Naidu is claiming that his party-backed candidates won in 41 per cent seats in the 4th phase of elections. I ask him to show at least 1200 sarpanches in their kitty," said the minister.
Yadav further alleged, "Chandrababu Naidu's party candidate has lost in his own village and constituency. But he is boasting that his party got 41 per cent of seats. He is the only leader in India who held 25 press meets for Gram Panchayat Elections."
TDP chief N. Chandrababu Naidu is blaming the police department that they had acted in favour of the ruling party, on the contrary, the State Election Commissioner Nimmagadda Ramesh Kumar, who was supporting the TDP, has appreciated the police for conducting the polls in a peaceful manner, pointed out Yadav.
The minister slammed Naidu for shamelessly making allegations despite knowing the people's mandate, adding that he is celebrating his party's win in a 'few wards'.
"N. Chandrababu Naidu is celebrating for winning few wards in his constituency. What a shame. He is shamelessly making allegations despite the public have taught him a lesson," said Yadav.
Adding further, the minister said that the people have decided that Naidu is unfit to remain the opposition leader and another party (JSP) is also claiming that it has won some seats showing that they are the opposition in the state, but with YSRCP winning 81 per cent of seats in Gram Panchayat elections, the party has attained a height not reachable to any party.
"Chandrababu Naidu seems to be daydreaming that he will come into power again. After the results in the Gram Panchayat elections, people's mandate became clear. Public of the state gave a clear verdict in favour of YSRCP," said Yadav.
Appreciating the governance of Andhra Pradesh Chief Minister YS Jagan Mohan Reddy, Yadav claimed that their 'victory' in the Gram Panchayat elections show the people's confidence in their government.
"This victory is a result of the public's confidence in YS Jagan. We all ministers and MLAs have also won with the picture of Jagan only. In case there are any mistakes on our behalf, we will rectify them and go ahead. People relied on Jagan's leadership and his good governance. That is proved in these Gram Panchayat elections," he added.
The polling for the gram panchayat elections in Andhra Pradesh concluded on Sunday with 81.78 per cent polling in the fourth phase, election officials said.
According to the officials, the election was held for 2,743 sarpanch posts and 22,421 ward member posts in the fourth phase. (ANI)