'Champion' Ronaldo knows how to solve a hundred problems: Sarri 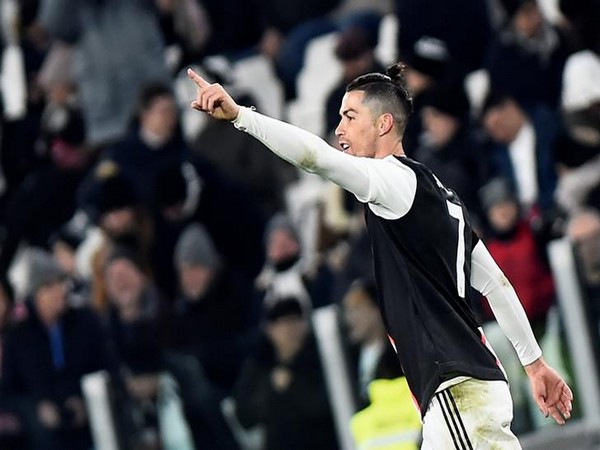 "We can grow mentally and in the management of certain moments of the matches. I didn't like the end of the game in which we dribbled in our half of the pitch, I prefer to do it close to the opponent's area. Cristiano is a champion, who knows how to solve a hundred problems," the club's official website quoted Sarri as saying.
Juventus secured a 2-1 win over Parma on Monday in Serie A and both goals were scored by Ronaldo.
With this victory, Juventus consolidated their top spot on the Serie A table. The club has 51 points from 20 games while the second-placed club Inter Milan have 47 points.
Matthijs De Ligt is also happy over the win and said: "We achieved an important victory, we had the opportunity to go four points ahead of second place in the standings and we are happy to have succeeded." (ANI)