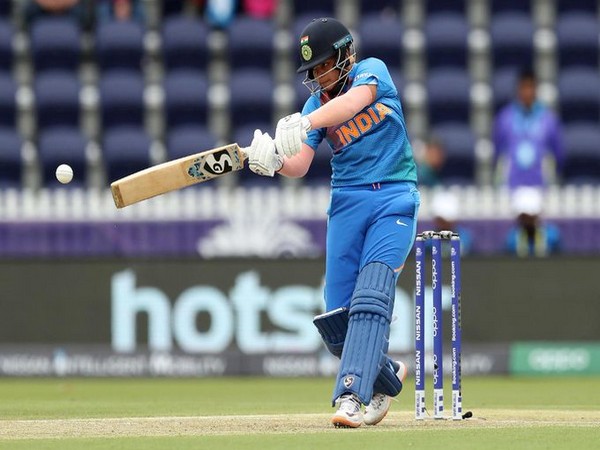 New Delhi [India], Mar 9 (ANI): India might have failed to win its maiden Women's T20 World Cup title, but all is not lost as the side managed the biggest takeaway from the tournament- none other than 16-year-old Shafali Verma.

Pitted as Virender Sehwag's prodigy, Shafali entered the tournament with everyone's hopes pinned on her. Tasked with providing the side a quickfire start her partnership with Smriti Mandhana could have given India much-needed respite at the top.
So, when India took the field to play its first match against Australia in the group stage, all eyes were firmly set on Shafali. And she did not disappoint, as she took a special liking to Australian greats like Megan Schutt, Ellyse Perry. The teenager managed to score a quickfire 29, giving the crowd a glimpse of what's in store.
Next, the Women in Blue played against Bangladesh and the 16-year-old scored a steady 39. In the next two matches, a similar story was there to see for everyone as she went on to play knocks of 46 and 47 respectively against New Zealand and Sri Lanka.
These exploits with the bat enabled India to win all group stage matches. The 16-year-old also rose to the number one spot in the ICC Women's T20I batting rankings.
India, then went on to enter the finals, as its semi-final clash against England was abandoned due to rain. The Women in Blue progressed ahead as they had won all its group stage matches.
Heading into the finals against Australia, in front of a packed Melbourne Cricket Ground, the stage was set for Shafali. On the occasion of International Women's Day, a crowd of 86, 174 turned up at the ground to witness a cricket spectacle.
Shafali created a record as soon as she stepped out to the park as she became the youngest cricketer ever to play a Cricket World Cup final.
However, the final did not start on the right note either for India or Shafali. The 16-year-old dropped Australia's Alyssa Healy in the finals and this cost the Women in Blue as Healy played a knock of 75 and took Australia's score to 184/4.
With the bat, Shafali was extremely important, if India wanted to chase down the total, but the day was not for the teenager, as she perished on the third ball of the innings, and India capitulated for just 99, losing the final by 85 runs.
Shafali finished the tournament with 163 runs from six matches and was seen with tears when India ended up losing the final of the Women's T20 World Cup.
But the message to the youngster would just be that it is just the beginning of what looks like a glorious career. A World Cup triumph will surely come for the youngster and India.
The 16-year-old lit up the T20 World Cup and ICC Women's ODI World Cup is scheduled for next year, Shafali should look to keep playing her natural game and be the much-needed energy that the Women in Blue require. (ANI)