2011 WC squad was like a family, says Suresh Raina 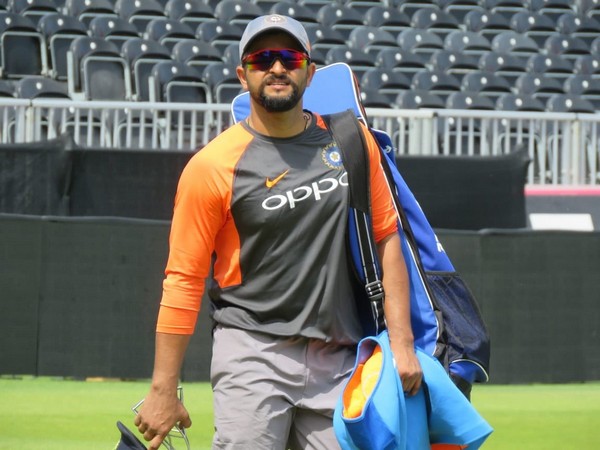 New Delhi [India], May 13 (ANI): Batsman Suresh Raina praised the unity that existed in the 2011 World Cup-winning Indian squad and said that the team behaved like a family.

Raina was doing an Instagram Live session with opening batsman Rohit Sharma and it was during the chat that the latter asked the left-handed batsman to talk about the 2011 World Cup.
"Everyone in the squad motivated and helped each other, it was like a family. The management gave importance to everyone. The management has a key role when it comes to ICC tournaments," Raina told Sharma during the interaction.
In the 2011 World Cup-winning run, India lost the group-stage match against South Africa, however, Raina said that the defeat against the Proteas came at the right time and it gave the team a chance to fix things.
"When we lost the match against South Africa in the 2011 World Cup, we had a lot of meetings after that. Sachin paaji also told us that we all should stay positive and united. Mahi bhai and Sachin paaji were exceptional in motivating the guys, they motivated everyone and then we went into the knockout stages. I think we lost the match at the right time and then the meetings came at the right time," Raina said.
In the tournament, Raina played just four matches. He also played a crucial unbeaten knock of 34 runs against Australia in the quarter-finals.
"In the quarterfinals match against Australia, Yuvi paa was mentoring me along, he told me that we both will play sensibly when I was in the dressing room. Sachin paaji told me that I will play a match-winning knock, it gave me confidence as I did not play many league games. Gary Kirsten also helped me, he was always there in terms of throw-downs," Raina said.
India defeated Sri Lanka in the finals of the 2011 World Cup at the Wankhede Stadium.
Sri Lanka won the toss and opted to bat first. Mahela Jayawardene top-scored for Sri Lanka as he struck a century to take the team's score to 274/6.
India, in their chase, got off to a bad start as they lost Sachin Tendulkar and Virender Sehwag with just 31 runs on the board. But Gambhir and Dhoni stitched together a match-winning 109-run partnership.
Gambhir perished after scoring 97 runs. But Dhoni and Yuvraj took the team over the line.
India won its first World Cup in 1983 and then had to wait for 28 years to win again. (ANI)