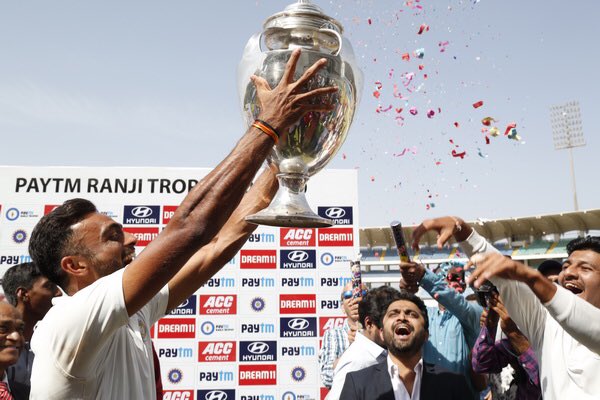 On March 13, Unadkat-led Saurashtra clinched its maiden Ranji Trophy title after defeating Bengal at the Saurashtra Cricket Association Stadium.
The 28-year-old bowler bagged two wickets in the final. Unadkat was also the key cog in the bowling wheel of Saurashtra in the recently concluded season.
"A moment of fulfilment, gratefulness, satisfaction.. A lifetime of memories.. all of it in one frame! #NotGonnaSinkInSoon," Unadkat tweeted. 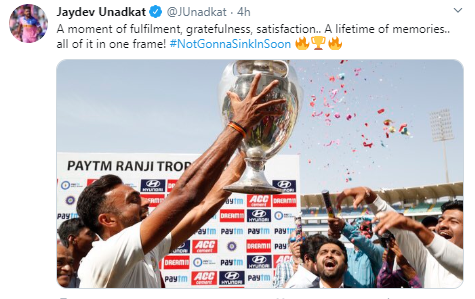 In the picture, the left-handed bowler is seen relishing the moment while lifting the coveted trophy.
On March 15, the Saurashtra pacer announced his engagement and shared a picture with his partner on Instagram. (ANI)