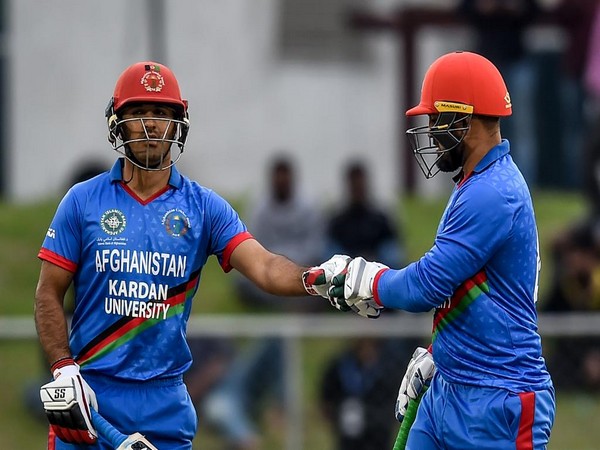 Ireland batting first posted a target of 173 runs for Afghanistan. However, rain played a spoilsport and the match was reduced to 15 overs.
Afghanistan openers Hazratullah Zazai and Rahmanullah Gurbaz shared an opening stand of 54 runs. Simi Singh dismissed both openers in fifth over reducing the side to 55-2.
Zazai played a knock of 23 runs while Gurbaz scored 28 runs. In sixth over, Afghanistan suffered a huge set back as Karim Janat was run out after scoring six runs.
Samiullah Shinwari and Najibullah Zadran partnered for 63 runs and kept Afghanistan alive in the chase. Shinwari got out after playing a knock of 28 runs while Zadran remained not out 42 and took the side to victory.
Earlier after opting to bat first, Paul Stirling and Kevin O'Brien gave a good start to Ireland, as the duo put on 63 runs for the first wicket. Kevin got out after playing a knock of 35 runs.
Stirling scored a fifty and took the side to 111 in 13 over. After the dismissal of Stirling (60), Andy Balbirnie and Harry Tector strengthen Ireland's innings. In the later stages of the innings, Ireland lost a wicket in quick succession and were reduced to 172 in 20 over.
Tector played an unbeaten knock of 29 runs while George Dockrell remained not out on 1.
Afghanistan and Ireland will lock horns in the second T20I on March 3 at Greater Noida. (ANI)