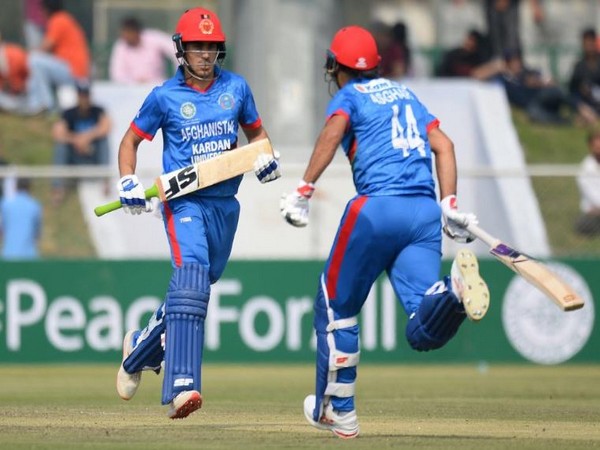 With this victory, Afghanistan sealed the three-match T20I series against Ireland as they have gained a 2-0 lead.
Chasing a massive target of 185 runs, Ireland witnessed a poor start as Mujeeb Ur Rahman took the wicket of Kevin O'Brien (19) in the third over of the innings. In his next over, Mujeeb Ur Rahman sent Paul Sterling back to the pavilion.
Andy Balbirnie and Gareth Delany then took the field but the latter was removed by Gulbadin Naib in the seventh over. Balbirnie played brilliantly despite his side being under pressure.
However, Rashid Khan dismissed Balbirnie, who played a knock of 46 runs. Afghanistan bowlers dominated Ireland did not let them form a good partnership. Hence, the Asghar Afghan-led side managed to restrict Ireland to 163 runs.
After opting to bat first, Afghanistan got off to a flying start as openers Hazratullah Zazai and Rahmanullah Gurbaz took their side over the 50-run mark in eight overs.
Gareth Delany provided Ireland with the first breakthrough as he caught and bowled Zazai (28) in the ninth over. Soon after, Gurbaz was run out after scoring 35 runs.
Asghar Afghan and Mohammad Nabi then took the field and the former started playing aggressively. Afghan struck two sixes and two boundaries to Craig Young in the 16th over. In the next over, the partnership was broken as Nabi was dismissed by Boyd Rankin.
Afghan (49) too then gave away his wicket in the 19th over. Najibullah Zadran and Gulbadin Naib played furiously in the final over of the innings as they smashed two sixes each in the over to take their total to 184 runs.
The third T20I between both teams will be played on March 10. (ANI)