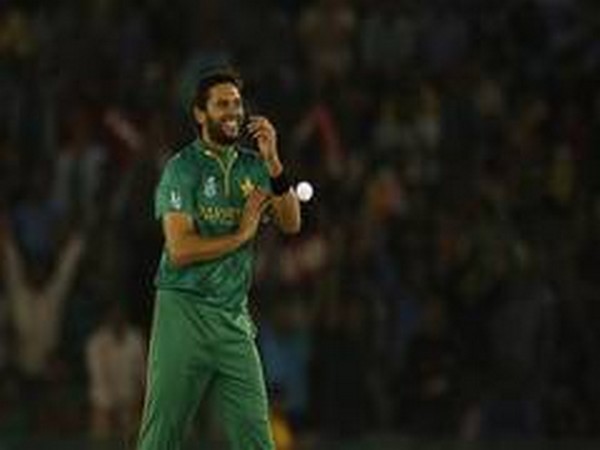 New Delhi [India], Mar 17 (ANI): Multan Sultans' Shahid Afridi has welcomed the Pakistan Cricket Board's (PCB) decision to postpone the Pakistan Super League (PSL) despite agreeing that it was sad to see the league coming to an end.

"Sad to see the PSL end but health and safety of all concerned is the key, esp those who are travelling back to their homes. Perhaps the decision could have been taken earlier, with regards to the trophy...well the table-topper should be handed the trophy? @MultanSultans," Afridi tweeted.
The PCB on Tuesday announced the postponement of the PSL amid the coronavirus outbreak. It has said the tournament will be rescheduled. However, no dates have been provided yet.
The decision came just hours before the commencement of the first semi-final between Multan Sultans and Peshawar Zalmi.
"PSL 2020 postponed, to be rescheduled. More details to follow in due course," official handle of PCB tweeted.
Both the semi-finals of the tournament were slated to be played later today, while the final was to be played on Wednesday. (ANI)