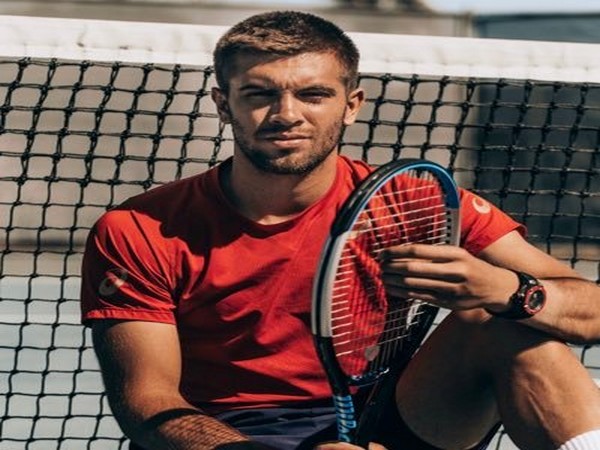 He is now the second player after Bulgaria's Grigor Dimitrov to test positive for Covid-19. Both the tennis stars had taken part in the charity tennis tournament organised by Novak Djokovic.
"Hi everyone, I wanted to inform you all that I tested positive for Covid-19. I want to make sure anyone who has been in contact with me during the last few days gets tested," Coric tweeted.
"I am really sorry for any harm I might have caused. I am feeling well and do not have any symptoms. Please stay safe and healthy. Lots of love to all," he added. 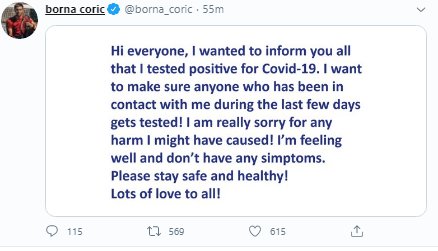 The charity tennis tournament organised by Djokovic was criticised from all around the corners for going ahead in the times of coronavirus.
Coric had faced Grigor Dimitrov over the weekend in the charity tennis tournament known as Adria Tour.
The final of the Adria Tour in Zadar has already been cancelled as Grigor Dimitrov tested positive for coronavirus.
The final of the charity event would have featured world number one Novak Djokovic and Russian Andrey Rublev.
The opening two rounds of the series were played in Belgrade, Serbia from June 13-14, and Zadar, Croatia from June 20-21.
The Adria Tour, supported by the Novak Djokovic Foundation, featured current world number one Novak Djokovic, Austrian Dominic Thiem, Bulgarian star Grigor Dimitrov and Croatian pair Borna Coric and Marin Cilic. (ANI)