Ahead of Women's T20 WC final, lets have a look at India's journey 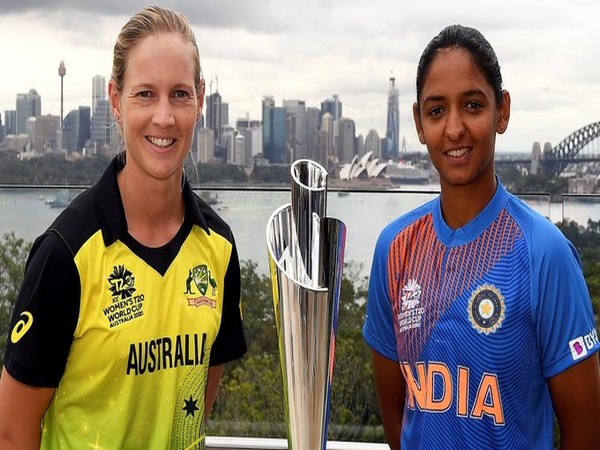 New Delhi [India], Mar 8 (ANI): As India and Australia get ready to lock horns in the finals of the Women's T20 World Cup, let us have a look at the journey of the Harmanpreet Kaur-led side.

India goes into the finals being the only undefeated side in the ongoing tournament. The side triumphed in all their group-stage matches and progressed to the summit clash as their semi-final against England got abandoned due to rain.
It is the first time, that India has managed to reach the finals of the tournament, and the side would be playing in front of more than 80,000 people at the Melbourne Cricket Ground. The final will truly be a spectacle as it will be played on the occasion of International Women's Day.
The Women in Blue started their campaign against Australia, and in the first match, the side defeated the tournament favourites. Poonam Yadav starred with the ball as she scalped four wickets to allow India to defend a score of 132, winning the match by 17 runs.
Keeping their winning momentum, India outclassed neighbours Bangladesh by 18 runs in their second match of the competition.
With only one win required to go into the semi-finals, India edged over New Zealand by three runs. The match against the Kiwis proved a challenge for the Women in Blue. However, spinners rose to the challenge and allowed India to scrap away with a win.
In the last group stage match, India eased past Sri Lanka by seven wickets.
Every match has witnessed a new match-winner for India, however, there has been one constant, and that is none other than the 16-year-old Shafali Verma.
In the four group stage matches, Shafali has managed to score 161 runs, with the highest being 47 against Sri Lanka. These efforts have allowed the youngster to reach the number one spot in the ICC Women's T20I batting rankings.
However, the experienced campaigners Smriti Mandhana and Harmanpreet Kaur have failed to get going, and if India wants to bring the trophy home, both these batswoman need to get among the scoring charts.
Spinners Poonam Yadav and Radha Yadav have managed to spin a web around their opponents and India would rely heavily on them in the finals.
Easing past Australia in the finals won't be an easy prospect as the hosts are the four-time champions of the Women's T20 World Cup. Australia is the only team in the history of the tournament to make the knock-out stages.
Defeating them in the group-stage was one task, but outclassing them in the finals would be a totally different thing.
India and Australia will take on each other in the finals later today at the MCG. The first ball of the match will be bowled at 12:30 PM IST. (ANI)