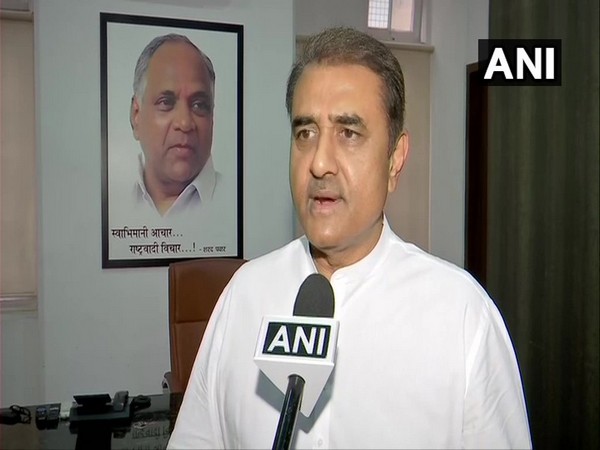 New Delhi [India], April 10 (ANI): The All India Football Federation (AIFF) president Praful Patel on Friday said that the Local Organising Committee (LOC) of the U-17 Women's World Cup is working in close collaboration with FIFA to finalise the new dates for the tournament in the 'earliest possible timeline'.

Taking to Twitter Patel wrote, "I am happy to share that we are working with #FIFA to choose a new and earliest possible timeline to host the U-17 Women's World Cup. The LOC and FIFA are working in close collaboration to finalise new dates keeping health and safety a priority. #U17WWC @IndianFootball @FIFAWWC." 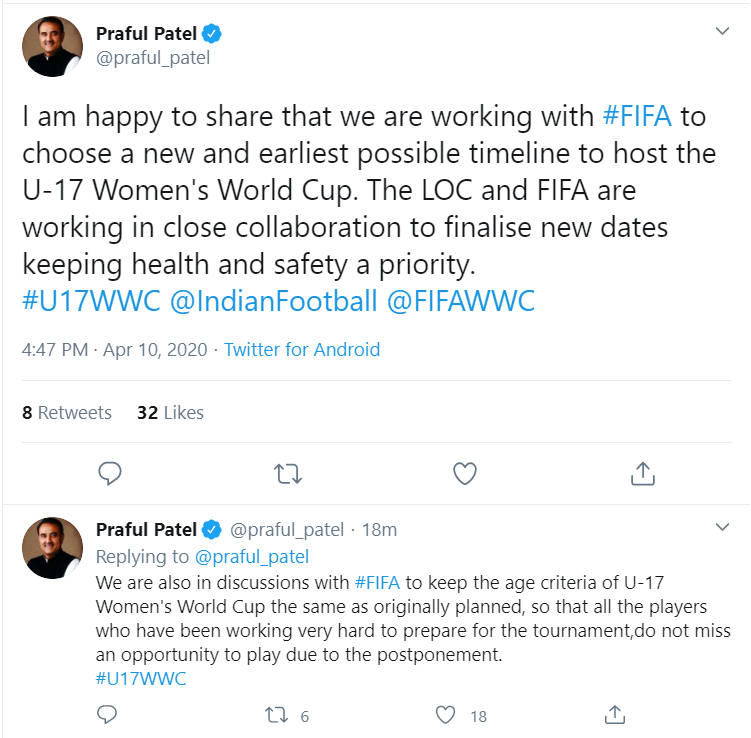 On April 4, FIFA postponed the U-17 Women's World Cup citing health-related risks of the participating teams, host cities, staff, and visiting fans amid coronavirus pandemic worldwide.
The FIFA Women's U-17 World Cup was slated to be held in India from November 2-21 in five cities -- Navi Mumbai, Kolkata, Ahmedabad, Bhubaneswar, and Guwahati.
The AIFF president also said that the discussions are on with FIFA to stick to the original age criteria so that all the players preparing for the competition gets a chance to showcase their talent.
"We are also in discussions with #FIFA to keep the age criteria of U-17 Women's World Cup the same as originally planned, so that all the players who have been working very hard to prepare for the tournament, do not miss an opportunity to play due to the postponement. #U17WWC," Patel wrote in another tweet.
The coronavirus pandemic has forced many tournaments to be postponed. The Tokyo Olympics 2020 has also been pushed to next year. (ANI)